Hey, long time no see! Yes it’s been a while since my last blog post which was a no-holds-barred confession over how rubbish I am with my money. It’s quite an embarrassing thing to admit that being an ex-finance journalist who is now working in financial services, although I (sadly) know pretty much all about pension reforms, I don’t really know how to handle my own pension.

But I don’t think I’m alone in this; I think most people in their 20s and 30s are battling between knowing they need to do more than any other generation before them to ensure a comfortable retirement but aren’t getting the help they need to turn their pennies into future pounds.

As mentioned before, the lovely Adam Carolan, financial adviser at Xentum, is guiding me through my financial plan to spend less, save more and generally be a bit savvier with my cash. He reeled me in a bit from my retirement nightmares and put me into the present day: I can’t start anything without sorting out my current finances.

We’re on a six month journey to ensure I (a) spend no more than £200 a week on all my food, drinks, socialising; (b) never go into my overdraft; and (c) take actual cash out of the bank so I get the ‘feel’ for money’s worth instead of being plastic fantastic all the time.

Full disclosure: I have also started putting a bit more than 10% into my workplace pension scheme. So I am planning for my future as well.

So how’s it going? Well, I’ll be honest – so-so. I probably only spend £100/£150 a week on food, drinks and socialising so that is pretty good. However, the amount of money I’ve saved on doing this, I haven’t actually put into a savings account.

Instead I’ve invested the money into personal training sessions. And it’s the best decision I’ve ever made. I’m finally doing something I’ve always wanted to do but never been able to afford. Now I can, and it makes me immensely happy and the irony is saving a bit here and there has made me realise I could have afforded it all along.

Sure, I’m still spending more and saving less BUT money is meant to be used, what is the point of saving all this money and not being happy? Financial lifestyle planning, what most modern-thinking financial advisers adopt in their approach, is all about focusing on what people’s life goals and ambitions are, and how money can help them hit those targets; it’s not about investments beating benchmarks just to get a bit more dosh.

I think having this perspective is really important. While the headlines are screaming at us kinda-still-youngsters that we’ll have to work until we’re 90 and when we finally retire we’ll end up having to just eat our money for food because we won’t have enough to buy real food, we have to remember that we must put our wants first sometimes.

The reality is, for some people like me, we have not got that immense motivation to go it alone.

By spending this money now, I’m fulfilling a big dream of mine. If I was being 100% spendthrift I’d tell you not to use a gym, let alone a personal trainer, but that you should just run around the local park for free.

But, the reality is, for some people like me, we have not got that immense motivation to go it alone. Having the guts to do it for me is having the guts to face my personal trainer and humiliate myself three times a week by sweating it out in an alien environment. My trainer pushes me more than I could ever push myself, it’s just how it is and it’s how I like it. Previously I thought I put 100% at the gym alone, after one session with my PT, it was proved I was previously putting about 30% of my best. So it’s made my sessions addictive and I don’t want to give up!

Despite the cost, it’ll all be worth it, because in a year’s time I’ll be at the weight, fitness and confidence level I’ve long aspired to be, and then when that happens, I can start solo-gyming and turning that spend into a saving instead.

It’s all about weighing things up (sorry for the unintentional pun!). Do I want one year’s worth of savings or to give one of my life goals the biggest tick I can? 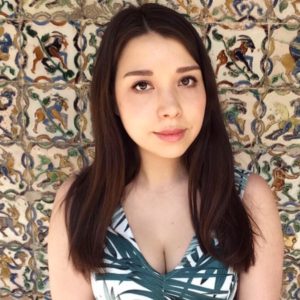 Former financial journo Jun Merrett admits to still finding money matters tough! Join her as she writes her way through it.

Economically infertile? What a load of old rubbish