I wasn’t a popular child. This was never more obvious than during PE, where the combination of my reputation as a boffin and the fact that I was comprehensively terrible at sports meant every lesson I was unable to skip due to “tonsillitis” became an interminable exercise in doing the bare minimum, and having no-one to talk to. I hated it.

The nadir came at the end of my first year at high school. The cool girl group, having spent a few minutes comforting one among their number who had gotten a bad grade, came to ask what grade I had got – because they knew it would be worse – and they thought this might comfort her. It was, and it did.

For years, I told myself I didn’t care. This was mostly true. I lived in my head more than I ever did my body, and my lack of physical fitness only occurred to me in the abstract.

There’s a bit in C.S. Lewis’s A Horse And His Boy when Shasta has to peg it across the desert to warn the Narnians that the Calormenes are coming to attack them (no need to dwell on the racist overtones here).

It stuck with me, because I worried that if Aslan charged me with a similar task, I might get tired too quickly.

I started bouncing for about an hour most days. It was gentle and the trampoline did half the work. But gradually, I got a little fitter.

By the time I had reached my late teens, we had a trampoline in our back garden. I discovered that exercise was something which could be done without any skill, or any risk of losing on behalf of your team. I could do it with my headphones in and I didn’t have to talk to anyone. I started bouncing for about an hour most days. It was gentle and the trampoline did half the work. But gradually, I got a little fitter.

I started to appreciate that exercise could be useful. I liked people, but I treasured time alone, and while my family never thought twice about interrupting me while I was reading, there was something about exercise which seemed to render me unapproachable.

I had also suffered from insomnia since puberty and while it wasn’t a cure, the trampoline helped me to sleep a bit, sometimes.

When I went to university, I continued to exercise most days. I did it like taking a pill – something I ticked off the list and then forgot the rest of the time. I kept it extremely manageable. I would go on the cross trainer at the gym for a while, at a very low resistance, listen to some songs or watch a programme, then get off again.

At that point, I was busily engaged in trying hard at something for almost the first time in my life – the highly competitive, egregiously self-important student newspaper.

The notion that I would push myself in another area as well (what degree?) was unthinkable. I had a lot of stress at the time for various reasons and on days when I didn’t manage much, the gym was often the only thing which still felt achievable.

I never tried anything like a treadmill: those were for the people who were built for actual fitness, who cared about “optimising” their bodies.

I was proud of my status as a “gym goer”. Sometimes I’d go with a couple of guy friends, who’d “spot” each other lifting weights for five minutes, then head to the jacuzzi to hang out with attractive freshers.

I’d tut, smugly continuing alone, and congratulate myself on my discipline despite the fact I barely ever even broke a sweat.

I never tried anything like a treadmill: those were for the people who were built for actual fitness, who cared about “optimising” their bodies. The even keel I’d achieved by that point was so far removed from anything I’d imagined I’d ever do as a child that it never occurred to me to push further. I wasn’t bothered about optimising myself.

When I moved to London in my early twenties, I couldn’t afford a gym. That was fine, as my previous workout routine was scarcely more strenuous than walking, and walking in London is one of the loveliest ways to spend time.

I roamed for hours, and within a year or so if you had dropped me on any street in any corner of the city, I could have found my way to the opposite side. I especially fell in love with the river, which I would make a beeline for at sunset and sunrise (I still wasn’t sleeping well), sometimes plodding from Hammersmith bridge to the Tower of London.

It appeared that all one needed to get good at running was an exceptional work ethic and contentment with living solely on steamed fish and vegetables. None of this applied to me.

For a while I didn’t have anywhere fixed to live, and as I was sofa-surfing a lot, so ‘going home’ often meant heading in a completely different direction from one night to the next. As I did this, London became mine.

Every now and again I considered branching out, trying something more. I read Haruki Murakami’s beautiful book What I Talk About When I Talk About Running. I found it well written and annoying.

It appeared that all one needed to get good at running was an exceptional work ethic – the kind that enables one to run a successful jazz bar while writing a prize-winning debut novel – a high tolerance for pain, and contentment with living solely on steamed fish and vegetables. None of this applied to me.

I finished the book, which, despite its excessive aspirations, I found a pleasant read then I left it. I joined a cheap gym, and continued as I had before.

In the autumn of 2017, I got beaten up in the street. I was walking one afternoon, and a man stole my phone out of my hand. I held on to it at first, and he hit me until I was on the ground, punching my face until it caved in on one side. For weeks afterwards, I hid behind huge sunglasses, treading tentatively because I felt the reverberation of every step in the bones of my right cheek, which were slowly knitting together again.

By the time I turned 30 at the beginning of 2018 I looked like myself, but I still felt the hit. I was a little hollow. The advantage of a birthday which falls close at the beginning of February is that it can offer a chance to revise any goals or desires which might not have panned out as planned in January – I get a new leaf, another fresh year to try quite quickly.

Despite my devotion to walking, I had spent much of my twenties in statis, one way or another, and I wanted the next decade to be different. I had realised that my aversion to pushing myself was ultimately unsatisfying and though I still feared failure, I now feared stagnation more. I ticked over the areas of my life which could do with regeneration, and when I got to exercise, I already knew the answer. This was the year I would run.

Of course, I didn’t start then. February is really cold, and for all my enthusiasm, my tolerance for discomfort could only stretch so far. I didn’t know what I was doing, so I looked for the answer in a book. This time it was Bryony Gordon’s much-lauded Eat, Drink, Run, which describes her transition from mentally ill and unable to get out of bed to mentally ill and running the marathon.

That sounds glib, but believe me it is not. Bryony’s book, which I loved, did exactly what she had intended it to. For the first time, it made running sound like something which would be rewarding irrespective of whether I flew or chugged steadily down the street. For the price of an Audible credit (£7.99 if you’re interested), running felt within my reach.

When the weather got warmer, I downloaded the Couch to 5k app, and spurred on by Sarah Millican’s encouraging clucks – “well done pet, just 30 seconds more to go!” – in my ears, I started to run.

Over the weeks that followed, the jogging bits became longer and the brisk walking bits shorter, until I could run for half an hour.

By which I mean jog very slowly around the park, in minute and 90 second increments. That first time I probably only did 7 or 8 minutes of actual jogging, interspersed between walking briskly and wondering how a person who had spent much of the last decade on their feet could find moving just a fraction faster forward so much harder.

Over the weeks that followed, the jogging bits became longer and the brisk walking bits shorter, until after a couple of months I could run (jog slowly) for half an hour without stopping. After another month or so, I could run for an hour.

If this was manifested by any physical change it was almost imperceptible day to day: I just saw that if I kept doing it, each week I was able to do a little more than the next. Becoming able to run was like building a puzzle, I knew exactly what it should look like, but it took patience and time to see the full picture. Every other day I plugged in time, and in return, I got a bit stronger.

Six months later, I am not as powerful a runner as I hope to be one day. A friend of mine enjoys the fact that when we run together it is “so slow” that he can go on Tinder while we circle the park. But I can chug along for quite a distance if I feel like it, and while my legs look pretty much the same, there is power inside them that wasn’t there before.

Because there was a time when even running 5k felt absurd, but now I can (sometimes) do it several times over, I now have bumptious ambitions of marathons, maybe even ultra marathons. I am averse to discomfort of any kind, so this is probably pushing it. But the abiding message, that my original ideas about myself and what I was capable of were misguided, has stuck. And it was mine for free. 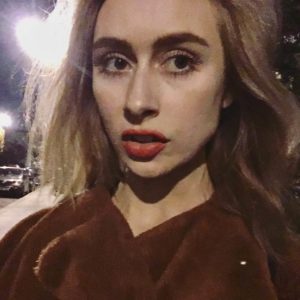 The cost of being ill

Are you running indoors? You’re wasting money! (And other savings tips).