In a new series exploring finance and investing for Muslims, Mouthy blogger Amani Keynan explores Sharia-compliant investing, how it works, and who it benefits.

When a person hears the term ‘Sharia investing’ it’s not unusual for them to know very little if not nothing about what that means. Another, more common, term is halal (permissible) investing, a faith-based approach to investments.

But Sharia – or halal – investing is in fact quite a straightforward concept, that derives from applying certain Islamic religious principles to finance and investing.

The word ‘Sharia’ comes from Sharia law, which is Islam’s legal system. At its most simple, Sharia law is a body of religious rulings and laws that act as a code of conduct for Muslims to adhere to.

Within this framework there’s a set of principles in Islam which apply to an individual’s finances. Sharia finance law is focused on the concepts of social justice, ethics, objective morality and using finances to provide societal benefit.

If correctly applied, the idea behind Sharia rulings and its compliance with Islamic finance principles is to lead to a more ethical and just society. Muslim investors must comply with Sharia law, Islamic principles, and regulations if they want to invest their money in a halal manner.

Against this, non-Sharia investing is motivated by the growth of wealth and the pursuit of income. Though investments can be done ethically and responsibly while seeking mutual benefit, this is not always a core aim, which makes it impossible for Muslims to participate.

For instance, it forbids investments in certain kinds of companies. Included in prohibited industries are companies whose business practices go against the central beliefs of Islam as they are understood to be unethical or at risk of causing harm to society.

These industries are collectively considered unacceptable as investment opportunities. Participating in deals where there is excessive uncertainty and risk i.e., short-selling or partaking in speculation of unknown or precarious events in the future are also forbidden as they are essentially classed as gambling.

Another component is avoiding the earning of interest – called ‘Riba.’ High Street banks offer savings rates to customers and then use those deposits to lend to others, in the form of mortgages, credit cards and loans.

Riba refers to this interest earned from debts and is a key element within Sharia finance law. Earning or gaining money from an individual’s debt is considered unjust as it can lead to exploitation.

For this reason, Muslims cannot use traditional savings accounts that pay interest. Instead, a variety of savings accounts are offered from providers such as Gatehouse Bank, Al Rayan Bank and others that offer ‘Expected Profit Rates’ or EPR instead of Annual Equivalent Rate or AER.

EPR is paid to savers from halal investments made by the bank instead of debts accrued from other customers.

While the number of halal investment products is increasing, the opportunities for Sharia-compliant investors are still limited.

Because of the special religious considerations involved, Muslim investors need to carry out their own due diligence to ensure there is enough information to determine Sharia-compliant investment opportunities before investing their money.

However, the amount of potential Muslim investors is already large and still growing. It is likely that we will see many more Sharia-complaint, halal investment products arrive over in the coming years.

Sharia Investing isn’t exclusive to Muslims as it can accommodate ethical and responsible investors too. Fundamentally, Sharia-compliant investing takes a socially and morally responsible approach to finances and investments.

In future articles in this series, Mouthy Money intends to dig deeper into the Sharia finance sector, what the options are and how you can benefit.

Photo by Joslyn Pickens from Pexels 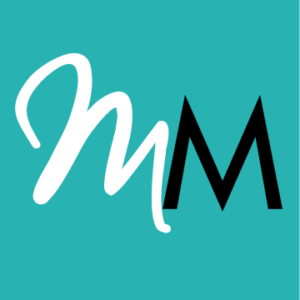 12 tips for how to go green while saving money

Find out your personal rate of inflation

Does your employer offer appropriate pension options for Muslim employees?