We all make financial mistakes – avoiding them means overcoming what we think we know but don’t, writes behavioural expert Neil Bage.

In my last article, I wrote about how saving money is boring – but only if you’re doing it right.

I explored the psychological concept of self-determination theory, and the mother of all extrinsic motivations – the Fear Of Missing Out (FOMO).

I want to expand on the concept of FOMO, but looking exclusively at a related and equally important subject. Financial knowledge.

Your financial knowledge underpins every financial decision you make. It’s one of the core factors (if not THE core factor) in the success of those decisions and whether things turn out well, or not.

In other words, we don’t take the time to differentiate between what we actually do know and what we think we know.

Let me give you an example from research carried out by behavioural insight’s company Be-IQ. They asked 2,000 adults a range of subjective questions such as “Do you know what an ISA is?”

Later in the research, they followed this question up with its objective counterpart; “Please explain what an ISA is.”

Of the 2,000 people surveyed, 92% of people said “Yes” to the question “Do you know what an ISA is?” However, when tested with the objective question, 21% could not correctly describe what an ISA was. That’s one person in every five said they knew what an ISA was, but in reality, didn’t!

So why is that?

Well, it’s a mixture of things such as overconfidence (not being willing to admit they don’t know or thinking they know more than they do!) and confusing something they’ve heard of with actual knowledge.

While at the University of Liverpool, Dr. Rebecca Lawson wrote a paper called The science of cycology: Failures to understand how everyday objects work.

The idea behind the paper was a simple one. Ask people if you knew what an everyday object looked like and then ask them to prove it.

And so she asked people “Do you know what a bicycle looks like?” Irrespective of their answer (Yes or No) she then gave then a drawing of a partly completed bicycle and asked them to complete the drawing by adding in the three missing parts; a piece of frame, the pedals, and the chain.

In fact, before we go any further, have a go yourself using the image below. Draw the bicycle as it’s shown below, and then complete the picture by adding in the missing parts.

This research is fascinating at drawing out (literally) the difference between what people they think they know and what they actually do know.

Dr. Lawson explains “the results demonstrate that most people’s conceptual understanding of this familiar, everyday object is sketchy and shallow, even for information that is frequently encountered and easily perceived.”

This therefore begs a question. If people struggle to draw a bicycle, something that is classified as being familiar to most people, how are people expected to fully understand financial products that they come across infrequently, or that are unfamiliar?

More to the point, what does this means for the money decisions that we make?

What does this mean for money decisions?

Well, it means a great deal.

Many of the money decisions we make can have a significant impact on our financial wellbeing, so we shouldn’t be making these from a foundation of “I think I know”.

Think back to my last article. It’s fair to suggest that some of those who piled money into the latest hot stock (GameStop at the time of my last article) did so on the false assumption that they knew what they were doing.

There is a lot of behavioural research that shows if they had taken the time to pause, to ask themselves “How much do I really (objectively) understand about directly investing in stocks and shares?” and answered that question with the upmost honesty, then my educated guess is that many people may not have parted with their hard-earned cash.

But there’s a far more important reason for understanding the role of our subjective and objective knowledge.

In other words risk-based decisions are made based on what a person thinks they know about risk as opposed to what they actually do know.

However, when a person’s objective knowledge is higher than their subjective knowledge, they typically become risk avoiding. This means they have an objective understanding of what risk really means, the trade-off between risk and reward and so on.

Next time you’re thinking of investing, approach the decisions you make with an air of caution. Don’t fool yourself into thinking you know more than you do. Interrogate your own knowledge. Play Devil’s Advocate.

And after doing this, if you feel that there are gaps in your knowledge, or you recognise you don’t know as much as you thought, your next step should be either seeking the help of a professional financial adviser, or taking the time out to research and learn.

In either case, the decisions you end up making will benefit from such a reality check. Your subjective self will be relegated to the side-lines allowing your objective, fact-based self to the driving seat in your decisions. And that can only ever be a good thing.

A = Male. Cycles at least once a month

Photo by Alex Green from Pexels 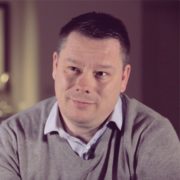 Wearing flip flops while driving? It could land you a £5,000 fine