All the leaves are brown… and it’s chucking down with rain. Yes, autumn has arrived. With autumn come new fashion collections – first the pre-fall, then fall, and then winter, which will be variations on the same thing, with slightly warmer textures and a more festive look the closer we get to Christmas.

The good news is that you don’t need to dress entirely in brown and grey this season. There is more colour: meadow green, various shades of red, faded pink, and mustard yellow, as well as a somewhat interesting combination of the latter two.

You also don’t need to chuck that white blouse you wore all summer to the back of the wardrobe just yet as, despite the darker nights, this season’s clothing can be lighter! Layering is your friend – wearing a blouse underneath or a cardigan on top of your summer dress can prolong its usefulness.

Now, as for the dress itself, patterns with black are good for all seasons. This would offer you the option of a chic summer look as well as getting away with matching the dress with black tights in the winter. Don’t be afraid to power-clash different patterns. Rather than tiny, uniform prints though, A/W16 is all about botany.

As for the dress itself, patterns with black are good for all seasons. This would offer you the option of a chic summer look as well as getting away with matching the dress with black tights in the winter.

Other key trends include animal print and fur, tweed, velvet and brocade, as well as military chic, and ski-holiday sporty.

For fans of the 1970s, super-wide-legged trousers and shearling jackets are still there. The 1980s enthusiasts can be happy with their frills, ruffles and sequins, while the 1990s kids can dig up their spaghetti-strap dresses and chokers.

And let’s not forget the shoes – it’s either metallic, velvet, or brocade. Or you can just get a classic pair of black boots and forget about the faff.

Now, a good source for the more authentic kind of items would be vintage shops. However, many of them now sell the clothes for as much as high-street shops, making the only arguments for them about sustainability and the potential for uniqueness.
Where else to go? Charity shops are an option, and if you happen to have access to a parental attic or other appropriate treasure troves of old stuff, they’re even better. Check out Oxfam’s mostly reasonably priced vintage section, or, if you fancy a bidding war, British Heart Foundation has its own eBay shop.

Another trend popping up on various catwalks and high-street shops is puffer jackets. But that deserves a chapter of its own.

On the high street, H&M is collaborating with Kenzo this season, resulting in many colourful animal prints and floral patterns. Look out for leather imitation and sequin-heavy party wear, also.

For velvet and metallics, Topshop offers a range of 1980s-inspired options. Velvet and lace is big at Urban Outfitters, who have also embraced leopard print in all forms this autumn.

H&M offshoot & Other Stories has plenty of frills, ruffles, and metallic hues to give you an edge without looking like an early Madonna tribute act.

For those willing to stretch the budget a little further, Karen Millen has leather, animal prints, and large florals in addition to their more sober 1970s-inspired feminine looks. Sandro is another contender – with animal prints, adding velvet, and lace to the mix.

Another trend popping up on various catwalks and high-street shops is puffer jackets. But that deserves a chapter of its own. So, until next time… 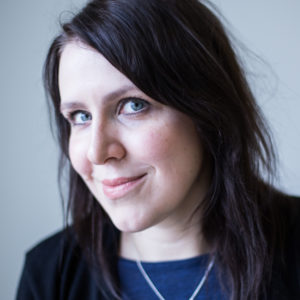 Would you like to know how to dress like a catwalk model for one millionth of the price? Talk to Helen.

Glasgow: great days out no matter how tight the purse strings!

Tips and advice for paying off your student loan

Deal of the week – Black Friday edition: get up to 55% off Superdrug beauty items and more