In a new series for Mouthy Money, we will be looking at some of the most popular cryptos, explaining what they do, how they work and whether they offer any utility in the ‘real world’.

Following our beginner’s guide to bitcoin, we’re going to take a relatively shallow dive into Ethereum.

Ethereum is a decentralised platform. Built on the Ethereum blockchain, it enables people like you and me to build or use decentralised apps (Dapps).

Payments that are sent between users or used to pay for services on Dapps on the platform use ether (ETH), Ethereum’s native cryptocurrency. Like bitcoin, ETH is peer to peer and does not require a third party such as a bank to act as an intermediary.

It is important to distinguish the differences between bitcoin and Ethereum; being the two largest cryptoassets by market cap means they are often compared despite their common functions and features being relatively limited.

Whereas bitcoin is used solely as a digital currency (or investment asset), the Ethereum platform is a highly programmable blockchain that uses the ETH cryptocurrency as its native currency.

In some ways, the Ethereum platform is similar to an iPhone’s App Store, but decentralised. This means apps have no owners, can’t be censored and experience no downtime (unless the platform itself goes down).

You could think of ETH as like tokens at an arcade. You buy tokens to play the arcade games for one price, and when you’re finished sell the ones you no longer need. The price might not be the same as when you bought though as the market fluctuates with demand.

When Bitcoin was created using blockchain technology, many developers such as Ethereum founder Vitalik Buterin soon realised that the underlying tech could be used for a range of different purposes.

The decentralised apps that are on the platform are based on Ethereum’s own programmable blockchain. These dapps are built use Ethereum’s own coding language, called smart contracts.

Smart contracts act like digital vending machines, in that once supplied with funds and the right selection you receive a product or service. These smart contracts also can hold funds such as the ETH currency.

Ethereum hosts a whole range of dapps, which offer different services but are all based on the same principles of decentralisation and anonymity, and are free from censorship and backed by cryptography.

One group of services that has recently exploded in popularity is Decentralised Finance (DeFi). DeFi as a theme looks to replicate and expand on the services offered by the financial services sector but without using institutions such as banks and investment platforms.

For example, decentralised exchanges such as Uniswap allow users to trade tokens with each other without the use of an intermediary such as Coinbase. Another popular dapp is Compound, which allows users to borrow and lend crypto against collateral.

Other dapps such as CryptoPunks and OpenSea allow users to buy and trade unique digital pieces of art called non-fungible tokens (NFTs).

Web browsers such as the Brave browser, which rewards users for viewing adverts that do not harvest personal data, use the Ethereum platform.

Developer tools such as the Golem Network are also hosted on Ethereum. The Golem Network allows developers to take advantage of other users’ idle computing power to carry out energy intensive tasks such as machine learning or video transcoding.

Ethereum, like bitcoin, has emerged as a hugely popular investment asset, but it offers a whole range of uses that many of its investors may not realise.

Indeed, the increase in popularity of the apps and services on the platform mean that the time it takes to secure transactions has been on a consistent upwards trend, which begs the question, can platforms like Ethereum or cryptocurrencies like bitcoin ever become truly mainstream if they lack scalability?

One of the ways the Ethereum developers are trying to solve this issue is by transitioning the network from a proof of work protocol (similar to that of bitcoin), to proof of stake, where users can lock away 32 ETH in order to participate in the network. This upgrade is intended to solve scalability issues with Ethereum, but the final rollout could still be some way away yet.

As it is, services such as DeFi and products like NFTs continue to see Ethereum increase in popularity. If scalability issues are solved and demand for decentralised apps continues to grow, then Ethereum could be well positioned to beat the forefront of this paradigm shift.

Up next in our beginner’s guide to crypto: CBDCs

Photo by Worldspectrum from Pexels 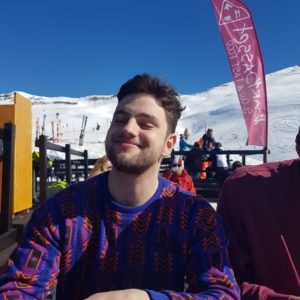 Milo is a PR consultant and spends the majority of his free time playing a wide range of instruments, all of them at an equally poor level. He is also an avid gymgoer and a long-suffering Fulham fan.

BT to halve cost of broadband for millions on Universal Credit

Should you trust financial ‘advice’ from TikTok influencers?

How fresh are your supermarket deliveries?