Steemit is a social media platform where the content creators get paid when their work is up-voted, as do the users by up-voting others works.

Users get paid in the form of digital currency which they can then convert to real money. Depending on the quality of a post, the more up-votes users add to a piece, the more currency the author earns. This encourages frequent and most importantly, quality content across the platform.

A cryptocurrency is a digital currency independent of a central bank or government. Essentially it is a digital asset, but a bit like company stocks and shares.

Users of Steemit, which launched in March of 2016, are also paid by up-voting works and earning up-votes from their comments. This results in an all-round engaged and interactive community.

Breaking down the currencies on Steemit

There are three currency units that come with Steemit: Steem, Steem Dollars and Steem Power.

Steem are tradable tokens which can instantly be exchanged in the open market for bitcoins, other cryptocurrencies or money. Their value is unstable because, daily, more of their units are added into the market and thus holding onto them for too long dilutes their value.

Holding Steem Power means holding ownership in the network. As Steemit grows so do users’ shares in the company. The more Steem Power, the greater curation power of a user, meaning their up-votes will pay content creators significantly more compared to a new user with no Steem Power.

This wallet is locked for two years before a user can withdraw their Steem Power which guarantees protection against a price crash in the company.

Why you should get started

I have begun writing travel pieces on Steemit and already built a following of 100 users. One powerful user up-voted an early post of mine about a trip to Malaysia and I earned £35 from just one article!

One full-time Steemit user,  @sweetsssj, who has with more than 10,000 followers makes on average £380, and up to £770 per post, by writing about her travels. If a student like me or you can work up to make £300 per post and we post one article per day, that would earn us an income of £9,000 per month. That would pay off student loans and living costs, as well as raise our living standards!

There is no cost in setting up an account on the platform. As long as a user interacts with the community by up-voting posts, commenting, and writing articles, they can make friends, money and read fascinating articles.

As the community is young and growing quickly, now is the time to get first mover advantage.

If you have the motivation, this could become your full time career! 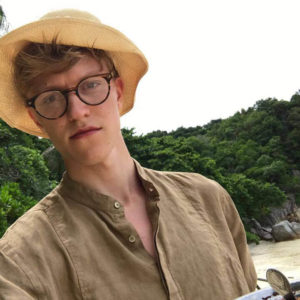 Ambitious entrepreneur looking for ways to make and save money as a foreign student living and getting a degree in London.

0
Andrew Ehrensperger September 23, 2017
No Comments Yet