Somewhere in the long list of toddler demands (‘Iwananicecream’, ‘I want some sweets’, ‘I want a babychino’ – my, what sophisticated tastes young people have these days) there is one I find hardest to say ‘no’ to.

A large part of my formative years were spent devouring the pages of a whole host of comics and magazines (Whizzer and Chips, Buster, Beano, Dandy, Jackpot, Whoopee, Roy of the Rovers, Tiger, Shoot!, Match, a whole host of Marvel and DC characters, and on, and on).

Of course, we live in different times now where the iPad and smart phone are king (and queen).

Such was my devotion to them that my old bedroom at my parents continues to house a sizeable portion of the collection.

Of course, we live in different times now where the iPad and smart phone is king (and queen). In which case, any desire from one’s children to dip into the magazine market should be fervently encouraged. And the good news for parents is…they are tremendous value for money.

When I was growing up there were few, if any, periodicals aimed at young children (let’s say up to three or four). There was a strong emphasis on the cartoon strip in most of the comics when today’s parents were growing up – and these still do exist for older children.

A relatively new, and now hugely popular, market is the ‘Young People’s Magazine’ sector for ages four and below. Peruse any supermarket or newsagent and you will see vast swathes of magazines catering for the toddler(s) in your life.

My belief is it is possible to make one – or two at the very most – last a whole month (even for multiple kids).

Most of them will have the ‘Supports the Early Years Curriculum’ banner prominently placed, which might not appeal to your little one as much as the free colour art kit or trinket box on the front…but it’s not all about them!

Prices usually range between just over £2 to just under £4 and while that might seem expensive if you are buying at least one-a-week, my belief is it is possible to make one – or two at the very most – last a whole month (even for multiple kids).

According to the latest ABC circulation figures, the best-selling magazines in the sector are Disney Frozen, Disney Star Wars Lego, Peppa Pig and a whole host of CBeebies-themed publications.

I had a spurt of buying numerous magazines for my three young kids (two-year-old twins and a three-year-old) around a year ago – sampling all of the best-sellers among my/our selections.

A benefit of diminutive toddlers having diminutive attention spans and memories is that you can reproduce a magazine several weeks later.

Since then I have barely needed to purchase another one as the 15 or so are still being made use of when inspiration is required to hold their attention.

A benefit of diminutive toddlers having diminutive attention spans and memories is that you can reproduce a magazine several weeks later and it becomes something fresh to keep them occupied again and again.

On its first showing, if you choose wisely, you can be confident that the free gift on the front cover will get you at least a few minutes respite.

It can be easy to spend a few pounds on a cheap toy that will either be broken or discarded within minutes so even if the magazine’s cover went the same way (it rarely does because the standard of these free gifts is high) you still have the contents inside…which perform the roles of a storybook, game(s), and art and crafts sets all fitted into one.

Look out for those magazines that give away vouchers to theme parks and other toddler-pleasing attractions.

One more piece of advice, in terms of the free gifts: it can sometimes be advisable to give them to your little recipient once home. Some of the more sparkly, crafty gifts can be a bugger to clean up in the car/pram and it is impossible for a youngster to keep the packaging intact until they get back indoors.

But I don’t want to dwell too much on the gift because there is so much more to these magazines with which to make your life easier as a parent – just keep some crayons, a pair of scissors, a dice and some counters at the ready!

As Mouthy Money is in the business of saving the pennies, also look out for those magazines that give away vouchers to theme parks and other toddler-pleasing attractions.

Now that I think of it, I may actually be more enthusiastic than the kids about these purchases.

‘Baby, I want to buy you a magazine!’ 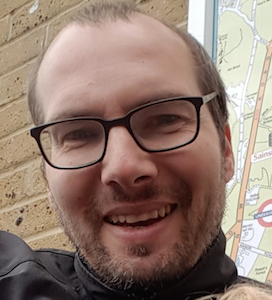 As the stay-at-home parent of three young children, I have certainly placed more emphasis on keeping a watchful eye on money since the first was born in April 2013. I am a freelance writer and communications professional based in Essex.

Tips and helpful tidbits for getting a new cat!

Interest rates explained: how a rate cut can affect you