Premium bonds are a hugely popular savings option. Between February and March 2021, according to Moneysavingexpert.com, the amount invested in them jumped by a record £2.16 billion.

On the face of it, you can see the attraction. Premium bonds don’t pay interest but every month lucky winners receive tax-free prizes of between £25 and £1 million.

The annual prize rate is currently 1%, which though historically low is still better than most savings accounts. You can get your money back any time and it’s guaranteed by the government. You also have a (very) slim chance of winning a big prize every month.

Well, for one thing, although the prize rate is 1%, the majority of premium bond savers won’t receive that. The reason is this is the average is skewed by the small number of very large prizes, which statistically you’re very unlikely to win.

The more bonds you have, the closer to the average your winnings are likely to be. But the reality is that most premium bond holders won’t earn the rate quoted (and may make nothing at all).

A better measure of what you’re likely to make in a year is the median. The way to think about this is that if you put all holders with a certain number of bonds in line from those winning least in a year to most, the median would be right in the middle.

Half will earn more than this (or the same) and an equal number less. The median is therefore a measure of what you can expect to win with ‘average luck’.

The clever folks at MoneySavingExpert.com created a Premium Bond probability calculator using this approach to reveal how much you’re likely to win per year, with average luck, with any given holding.

With £10,000, the MSE calculator shows that on average you’d win just £75 a year, equivalent to an annual return of 0.75%. Obviously, you might have better than average luck, but over half of all holders will have the same or worse.

You do of course have a chance of winning a big prize, but it’s important to be realistic about this. For example, your chances of winning the million-pound prize any month are around one in 50,000,000,000.

By comparison, the chances of winning the multi-million jackpot in the UK National Lottery (‘Lotto’) are about 1 in 45,000,000 – so over a thousand times better!

Many people report similar experiences, though the time you’ve held bonds shouldn’t affect their chances of winning. I decided enough was enough and sold up.

If you’re lucky enough to have up to £50,000 (the current maximum for premium bonds), my first advice today would be to put enough in a top-paying easy-access account to cover your outgoings for three months in case of emergencies.

After that, unless you’re likely to need the money in the next few years, I’d strongly consider investing the rest – maybe in a low-cost tracker fund or robo-advisory service like Nutmeg, Moneybox or Vanguard.

This is what I did, and over the last four years my investment has grown by over 50%. While there are never any guarantees, in the longer term, for most people, investing in stocks and shares is likely to outperform an equivalent premium-bond portfolio several times over.

Nick Daws writes for Pounds and Sense, a UK personal finance blog aimed especially (though not exclusively) at over-fifties.

Disclaimer: I am not a qualified financial adviser and nothing in this post should be construed as individual financial advice. Everyone’s circumstances are different. It’s vital to evaluate any investment opportunity carefully and take professional advice as appropriate. All investments carry a risk of loss. 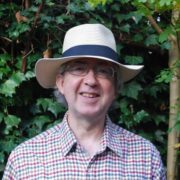 Nick Daws is a semi-retired freelance writer and editor, age 65. He is the author of over 30 non-fiction books, including Start Your Own Home-Based Business and The Internet for Writers. He lives in Burntwood, Staffordshire, where he has been running his personal finance blog at Poundsandsense.com for nearly five years.

BT to halve cost of broadband for millions on Universal Credit

10 ways to save big money on your groceries (part one)

Walk away from takeaway: the best food delivery alternatives