I recently met up with consumer finance journalist and blogger Michelle McGagh. Michelle is making the news herself as she has undertaken a challenge to last the whole of 2016 – a challenge to induce palpitations in anyone else.

Are we talking about white-water rafting? Sky-diving? Sailing solo round the world?

Nowhere close. Michelle’s challenge, which she embarked upon on 1 January this year, is even more extreme; she has resolved not to spend any money at all for a whole year, other than the absolute essentials of mortgage, utility bills, food and cleaning products – with a budget of just £35 a week for the latter two to cover her and her husband.

Broken out in a cold sweat already? No spending on holidays, confectionery, clothes, eating out, gin, or cinema. How scary is that?

Not at all according to Michelle and you read about how she’s managing six months down the line here.

By a strange coincidence, just before meeting Michelle, I’d seen her on the BBC’s TV morning programme Right On the Money on a feature that had been filmed in Leicester some weeks before. Michelle outlined her challenge and you can see this here – just forward to 20 minutes from the programme’s start.

As Michelle says, the good news is that if mere mortals like you or I want to try the challenge on a smaller scale, we can do it in bite-sized chunks by cutting out one or two areas of our spending.

No spending on holidays, confectionery, clothes, eating out, gin or cinema.

I asked Michelle how she was coping with things like not being able to go to the cinema or to concerts. I could happily cut back on some of the material things of life but not the social side! The good news here is that while spending on such things isn’t allowed, seeing films and gigs if they’re free is perfectly permissible, says Michelle, and pointed me in the direction of sites like Eventbrite and Billetto where you can check out free films, concerts and events in your area. Some of them might not be up to much, but at least it gets you out!

Most of us could stand to cut out a bit of their spending.

Right on the Money, along with other programmes like Channel 4’s recent Life Stripped Bare have highlighted that many of us are buying too many things –some or many of which we don’t really need and that cutting back and simplifying our lives can really make a difference to our financial well-being.

That’s easy enough for me to say, I know. Will I practice what I preach? I’m pleased to report that I was previously true to my word when I acted on the resolutions I’d set at the start of 2015. New current account? Check. New broadband provider? Check. And most recently I’ve saved 50 quid by moving to a new home insurance provider.

In recent years my spending weakness – OK, one of them – has been buying vinyl LPs, some of which I already own in CD or digital format. Crazy, really but it’s been an indulgence I hadn’t thought too much about until now. I’m therefore taking the pledge to stop the vinyl purchase for the next 12 months at least. And at £18 for a new LP, over a year this could amount to a saving of a couple of hundred pounds – definitely not to be sniffed at.

Less spending on things you may not really need means more cash for you.

Less spending on things you may not really need means more cash for you to use differently – hopefully more wisely. Michelle McGagh’s aim is use the cash she’s not spending to pay down her mortgage with the aim of being mortgage-free earlier than originally planned. The couple filmed in a separate feature on the Right on the Money programme were heavily in debt but at the same time were happily spending money. Now they’ve been shown the benefits of cutting back, they’ll use their savings to pay down their debt. As for me, I plan to top up my ISA and look to cut back spending even more so that less really will be more. 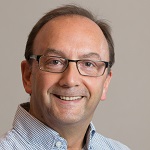 Calum is a savings expert at ISA and savings company Scottish Friendly. He writes about the economy, travel and his vinyl collection.

Weather got you hot under the collar? Five ways to keep cool