Customer loyalty was an important part of the insurance and banking world in years gone by.

But today loyalty is blatantly discouraged and anyone who shows an iota of loyalty is actually penalised.

It’s almost a certainty that the figure will have crept up – or shot up – with no apparent reason or changes to your policy. Those who don’t get round to challenging them will automatically renew and pay way over the odds.

It’s an infuriating system which takes advantage of people who are strapped for time, cash and the know-how.

But for those who manage to find the time to deal with it, can find a cheaper quote from a comparison website and switch – usually saving hundreds of pounds.

There’s also the option of phoning your existing insurer who will 9 times out of 10 agree to match it.

It’s an infuriating system which takes advantage of people who are strapped for time, cash and the know-how – and adds to the ever-growing list of life laundry for those savvier people who have to do the merry dance of switching or threatening to leave to get their insurer to drop the premium to save the bother.

In banking, there’s currently a huge drive to get current account customers to ditch and switch their existing bank by offering cash bribes.

HSBC will pay you £150 for switching to one of its accounts. First Direct will give you £100. And NatWest is giving away £150 for new customers.

There are shopping vouchers up for grabs too. M&S is offering a £100 M&S gift card for new customers. At M&S they do reward for sticking around.

Customer loyalty doesn’t pay when it comes to gas and electricity bills either.

If you stay at least a year, you get another gift card worth £120. You also have to jump through a few other hoops to qualify for the second card, such as paying in £1,250 a month.

All these bribes are admittedly good news if you want to switch.

Yet there are no cash offers for existing, loyal customers.

Customer loyalty doesn’t pay when it comes to gas and electricity bills either. Once your tariff ends, you’re often stuck straight on to a standard tariff which is the most expensive of them all.

A new study reckons that some households are paying £4.1 billion too much for their gas and electricity every year, by staying loyal to their energy firm.

However, a quarter of people have never switched any of these – and they’re the ones who are losing out.

Of course, a lot of those who haven’t switched won’t feel any loyalty, they might just be too busy.

But wouldn’t it be nice if customer loyalty made a comeback? 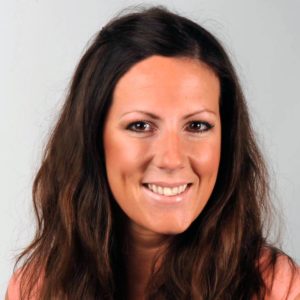 Will my pet insurance pay for therapy if my dog has separation anxiety?

Wearing flip flops while driving? It could land you a £5,000 fine