You’re out for dinner with your partner’s friends and as you finish off your chocolate bomb with the remainder of three bottles of Malbec, your waiter leans in.

“Can I get you anything else,” he asks.

“Just the bill please,” you reply.

Suddenly you start to sweat. Did you bring any cash? You reach for your handbag, checking the inner pocket. Of course you didn’t, who carries cash anymore? The bill arrives. Service charge not included. Damn it. Do you run (drunkenly) to the nearest cash point and cause everyone embarrassment, or do you pray that there’s the option of adding it on the card machine?

And here it begins, the end-of-a-meal tipping trial.

Tipping is the bane of my life. It’s an old-fashioned, superfluous, societal norm that we’ve been conditioned to accept since we bunked off school to go to the Pizza Hut buffet when we were 12.

I remember scrabbling around in my Kookai bag for loose change (given to me by my mum for bus fare) to ensure the waiter got his £1.20 tip. When I went to Wagamamas to meet boys in my late teens, it was expected that because my waitress scribbled illegibly on my menu in biro, I must grant her 10% of my total bill.

I only had a part-time job in John Lewis, how could I afford to finance her Ibiza fund? But now I’ve entered into fully-fledged adulthood, there’s no escaping it. If you don’t tip you’re branded tight, mean, and closefisted, despite treating the neighbours to a slap-up meal in the new Lebanese restaurant on the high street.

In some places there’s the awkward glass jar by the till point – positioned strategically so the waiters watch eagerly as you drop in the remainder of a tenner. In others, having ordered a quick coffee at a till point, you have the option of giving a tip on the chip and pin device by simply pressing ‘F1’.

“It’s beyond me why we tip serving staff – surely we should be tipping anyone who provides a ‘service’.

And don’t get me started on waiters who scribble their name and a smiley face on your receipt. It’s like they’ve gone home and bought a textbook on ‘Behavioural Economics’. Alright Harriet, I’m not doubling your money just because you can write your name.

Why we should pay for this ‘service’ and not for others is beyond me. If we are to tip serving staff, surely we should be tipping anyone who provides a ‘service’. Maybe I should tip the bin man for emptying my stinking refuse into a huge truck, or my practice nurse for taking extra care when sliding a speculum up me during my smear test.

That certainly requires more effort than plonking a bowl of chips in front of me and bringing a thimble-full of ketchup when I’d asked for mayonnaise.

Of course the most excruciating scenario is when you’ve received terrible service, but the ‘optional’ charge has already been added to your bill. Oh, the unbearable pain of asking the staff to take it off! That’s unless you’re like me and suck it up, paying the undeserved £12.50 through gritted teeth.

I never begrudge tipping if I’ve received wonderful service. That’s what it’s all about surely?

It’s almost equally as embarrassing as the time I was invited to review a fine-dining restaurant. I had a wonderful meal, the food was exquisite and the service impeccable. But not having any cash, I was unable to tip and I left, ashamedly, without paying a bean.

After a sleepless night, I returned to the restaurant the next day where I presented them with £20 – can you imagine the humiliation?

I never begrudge tipping if I’ve received wonderful service. That’s what it’s all about surely? Service with a smile! I’m more than happy to give a little extra to those who make the effort to enhance your experience.

But if someone could enforce a universal tipping method, that would be excellent. Maybe the first step for a post-Brexit Britain? 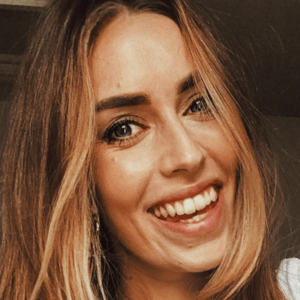