Today is International Women’s Day and, boy, do we need one.

I am spending the day counting how many times a man says – or tweets – the phrase “why don’t we have an international men’s day?”.

You know the type – no such thing as a gender pay gap, women always favoured by family courts, feminism gone too far etc., etc.

Unfortunately, countless studies show that feminism still hasn’t gone far enough – especially when it comes to personal finances. The Government’s own figures show that the gender pay gap still stands at around 6%.

Fidelity, the fund manager, has published research which shows that the pension savings gap is 11%, showing that pay cannot be the only factor to impact on women’s pensions.

So what are the factors? Let’s look at pay first. One reason that women earn less than men is that they tend to be less senior. It’s a bit of a blunt instrument, but let’s take Easyjet as an obvious example.

Easyjet is going to ensure that one fifth of its new pilot intake are women. Wow. What a metaphor for society at large.

Last year, the airline declared a 52% pay gap between the men and women it employed – almost entirely down to the fact that most of its pilots are men and most of its cabin crew are women.

Easyjet says it is going to ensure that one fifth of its new pilot intake are women. Wow. What a metaphor for society at large.

Lots of people shrug their shoulders at this and say, well that’s the choice people make. And that is true. But research shows it is counter-intuitive.

The Peterson Institute for International Economics recently published research on 21,980 global listed companies in 91 countries which showed that having at least 30% of women in leadership positions – what it calls the “C-Suite” – adds 6% to a company’s net profit margin.

So why do businesses still actively discriminate against women? And, yes, they do.

Six in every ten of us thinks a woman should have to disclose whether she is pregnant during the recruitment process.

Last year, the Equality and Human Rights Commission released the results of a survey of more than 1,000 business managers and their views on maternity leave and pay. It did not make pretty reading.

More than one third of respondents said they felt it was reasonable to ask a woman about her plans to have children in the future during recruitment, while 59% said a woman should have to disclose whether she was pregnant during the recruitment process.

What about the other factors impacting women’s finances? Baby Boomers come in for a lot of flack, but women in that age bracket (and above, of course) have not been treated fairly when it comes to money – the odds were stacked against them from the start.

Until 1977, married women paid the married woman’s stamp — a reduced rate of national insurance — based on the assumption that they would be provided for by their husbands. How quaint. Of course, a reduced stamp meant a reduced pension.

Moreover, society and workplace culture simply didn’t support women’s pensions. For those who did return to work, it was often part-time, and back then there was no obligation for employers to allow part-time workers to join workplace pensions.

It’s true that society has changed, but it hasn’t changed enough.

Worse, those with fewer than 10 years’ National Insurance contributions didn’t qualify for any state pension at all – that covered a lot of women.

It’s true that society has changed, but it hasn’t changed enough. We still fail to encourage women to aspire. Plenty of mediocre men make it in this life (Chris Grayling, anyone?), but women still have to be exceptional to do well.

Let’s go back to the Easyjet example. Why do women choose not to be pilots (or CEOs or whatever else)?

I can’t help but think this is the fault of all of us, men and women alike. In her brilliant book, Wifework, Susan Maushart recalls that on the day after her honeymoon, the first thing she did on moving in to her new husband’s apartment was clean the bathroom.

The second was to prepare supper. She can’t say why she did that, just that she thought that was what she ought to do. This is a woman who had a PhD and who, prior, to marriage, had not “served” her husband in this way at all.

My brilliant friend, Stephanie Machoi, in her book, “Frauenzeitalter”, imagined a world made up of 95% women. She concluded that the disasters that have occurred in our male-dominated world would be just the same in one run by women.

What we need to do is share the load. Today, UK society is saved some £60 billion by those performing caring duties. I can tell you the vast majority of those are wives, mothers and daughters. Isn’t it time we equalise this a bit?

I, for one, long for the time we no longer need an International Women’s Day. 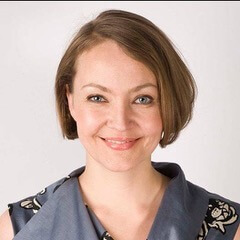