A few Sundays ago, my partner and I were strolling through our local park in South London.

The route we take is usually reasonably quiet, but the beating sun and gentle breeze that day had attracted joggers and cyclists in their droves, meaning our peaceful walk turned into a game of ‘dodge the mouth breather’.

We manged to make it through unscathed until about two-thirds of the way through, when my girlfriend let out a noise that I can only describe as part gasp, part shriek, part groan.

What happened?  Had a cyclist hit her on their way past? Did a parent run over her foot with a pram? Had she fallen down a human-sized sink hole?

No – she had locked eyes with a Golden Retriever puppy, a little blob of fur with a glistening black nose, waggy tail and big brown saucer eyes.

In that split second, a decision was made, one in which I had seemingly little input. We were getting a puppy. And all I could think about was how much it was going to cost.

For the record, I don’t hate puppies – far from it. In fact, the idea of having a little Golden Retriever puppy makes me feel a little warm and fuzzy inside.

But I also like to avoid things that act as a drain on any cash I have left at the end of the month. So, with that, I looked into how much it truly cost to welcome a little puppy into your home.

Like buying a brand-new hatchback… that chews your shoes

Buying a puppy does something strange to you. It unplugs the part of your brain that makes sensible financial decisions and instead fires up the areas that take over once you’ve had about six or seven pints.

That’s why 98% of dog owners underestimate the cost of keeping their furry little friends alive, according to research from the charity The People’s Dispensary for Sick Animals (PDSA).

That can be anything from £4,500 to £13,000 over the life of the dog, depending on whether you get one that fits in your handbag or one that can eat you under the table. And that’s even before accounting for vet bills.

Before you even take little Rover home with you, you need to make sure you have all of the kit to be a responsible and caring dog owner.

Things like a bed, collar, food, lead, microchipping, toys, vaccinations and water bowls are non-negotiable and need to be purchased up-front.

‘Vets have a licence to print money, as my father will tell you’

Buying the basics is normally the biggest outlay, apart from buying the dog itself. But the costs don’t end there.

Depending on the size of your furry little friend, expect to shell out between £40 and £80 a month (or more depending on how thrifty you are). Here is a top-level breakdown of the biggest ongoing costs a dog owner faces:

Insurance: This is a big one. Insurer Bought By Many estimates the average dog insurance premium to be roughly £36 a month – or £436 a year. But the exact cost depends on the type of policy you go for, the age of your dog and its breed. Don’t just plump for the cheapest policy or you might regret it.

Lifetime policies offer the most comprehensive cover but are also the most expensive, whereas one-year policies are the cheapest – at the outset, anyway. If you choose a one-year policy, you may find the premium rises significantly as your dog ages – and you may find you’re unable to get cover at all once it reaches a certain age.

Food: An obvious one here but dogs love to eat – a lot. The Money Advice Service estimates that it costs anything up to £400 a year, or roughly £35 a month, to feed a dog.

Vaccinations and worm medicine: Vets have a licence to print money, as my father will tell you. It’ll cost you around £100 upfront for all of the vaccinations and then roughly £50 a year after that, according to insurer More Th>n.

Dog walker: Many owners will be able to save money by walking the dog themselves but those with hectic lifestyles will need someone to do that for them as dogs need plenty of exercise. Again, the prices here vary, but a quick scan of dog walking network Rover.com suggests the cost to be around £10-15 per walk.

It doesn’t end there. You also have to take into account kennel fees for when you go on holiday, the cost of ensuring your home is safe to house a dog, as well as a multitude of other outgoings, which I now have to look forward to.

But, as my girlfriend so gracefully put it: “Think of them not as expenses, but as an investment in a quiet life.” 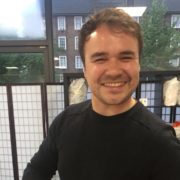 Paul Thomas is a former national newspaper journalist and magazine editor. Used to look like that guy Jamie from Coronation Street; then I got heavy.

21 ways to save on an intern salary

How does Rishi Sunak’s Spring Statement affect your money?