Last January, I decided that one of my New Year’s resolutions for 2016 would be to not buy any new books. Over the years, I have built up bookshelves full of unread paperbacks, a kindle on which most of the library remains untouched, and a rather impressive collection of cookbooks. I simply do not need anymore books! What I need to do is to sit down and actually read the ones that I own.

I love buying books – I think any book worm or fellow librarians daughter does. I love spending my lunchbreak browsing in Waterstones, picking up that novel I’ve been after in a charity shop, and constantly updating my ‘to read’ pile. However, I estimated that if I bought only 30 books a year (at an average price of £5 per book by mixing charity shops, amazon, and impulse train station purchases), this should save me around £150 per year!

Over 2016, I think I did surprisingly well. In total, I bought five books – one paperback, the new Harry Potter book, and three cookbooks. I bought the paper back about three weeks into January (pretty poor form, I will admit) but it was the third in a trilogy that I had been reading and was only £1.99 in a charity shop, so I made an exception. I simply had to have the Harry Potter, so I bought a damaged edition from Amazon Warehouse (they don’t call me ‘money saving Millie’ for no reason). Of the cookbooks, one was an impulse purchase in a charity shop and I got the other two when I bought my slow cooker for ‘inspiration’ – they were on sale in WHSmith and cost me just £5 for the two books.

I love spending my lunchbreak browsing in Waterstones, picking up that novel I’ve been after in a charity shop, and constantly updating my ‘to read’ pile.

So, how has it been? At first it was hard. I was so used to walking into charity shops and picking up whatever I fancied, but I could still browse which I think is the best bit of book shopping anyway.  I also joined the library – both the one by my work and the one at home. Local libraries are amazing places and using these gave me the satisfaction I get from buying, but without the spending. I also love the challenge of trying to get them read before the return date, yes I could renew but it’s not as fun. On some visits I would get a bit carried away walk out with 6 books under my arm! Using the library also meant I could read some new releases and helped mix up my reading list a little.

I was doing really well until I started a new job and they had a book club – super fun, but slightly problematic when you’re on a self-imposed book buying ban. I managed to borrow a copy of the first book from someone who had already finished it. The second book wasn’t in either of the libraries that I used – nightmare. But then I found out that libraries often hold digital editions of books which you can download for two weeks and they had it!

In total, I spent just over £20 on books this year. I don’t feel as though I missed out, and it certainly hasn’t stopped me reading. I’ve reassessed my ‘to-read’ pile and tried some books I wouldn’t have otherwise touched. It’s taken a lot of self-control but I’ve really enjoyed using the libraries and, on reflection, I’m amazed that I stuck with it for the whole year and saved myself over £100! As for my ‘to-read’ pile, it’s still super long. Perhaps I should stick with the book buying ban for another year? 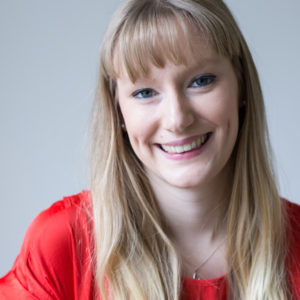 Should I save or should I blow (my savings)?

Money lessons from the movies

Why didn’t The Red Turtle make it big at the box office?