If you’re an investor, you could receive a letter in the coming weeks – if you haven’t already – that could give you a fairly big shock.

For the first time, under the MiFID II directive, platforms and advisers will have a regulatory obligation to send you an annual statement showing how much you are being charged in pounds and pence.

If you see your adviser fairly regularly, then there is a good chance you may have an idea how much you are being charged. But even if you haven’t seen your adviser in years, it’s still important to check your statements because you could still be paying them out of your ISA or pension today.

There are a couple of things to look out for when you receive your annual statement.

Watch out for lingering commission

Until 2013, financial advisers could be paid commission when they invested a client’s money in a particular investment fund.

That commission usually consisted of an up-front payment to the adviser followed by an annual payment of around 0.5% of whatever you had invested in a particular fund.

However, on 31 December 2012, the City watchdog banned up-front commission over fears advisers were promoting the funds that paid the most to their clients. While up-front payments were banned, the annual payments, known as trail commission (in industry jargon), were allowed to continue.

In theory, this trail commission is meant to cover the ongoing cost to the adviser of providing regular reviews and recommendations.

However, there are thought to be a large number of people who are still being charged this trail commission who have not seen their adviser or had their circumstances reassessed in years.

According to the Financial Conduct Authority (FCA), the financial regulator, 2.8 million people pay for ongoing investment advice, earning advisers £790 million in commission in 2017 alone. Many of whom probably see their adviser regularly, but there will still be a fair few who won’t have seen theirs for years.

Are you getting value from your adviser?

Having access to transparent and accessible summaries of how much your investments have made over the past year and how much you’ve been charged will help you to answer the most important questions: are you getting value for money from your adviser?

It’s important to remember, if you’re comfortable with the amount you pay for your adviser, perhaps because you have complex circumstances, or you have a great relationship with your adviser, there may not be any cause for concern.

Cheaper is not always better and the most important thing is that the amount you pay your adviser is value for money for you.

If not, or you’re not sure, there are other options out there which could cost you much less and still provide you with a similar, great service.

At Open Money, we offer financial advice online, with the option to speak to one of our advisers over the phone. We simply ask you a few questions about your financial situation and we will recommend the best course of action for you.

So, if you receive a nasty shock in the post in the coming weeks, don’t panic, as there are options available to you that won’t cost the earth. 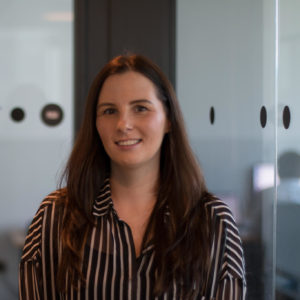 Head of advisory services for Open Money, Hayley champions making advice affordable and accessible for everyone.

Why you should only tip for good service

Splurged on Black Friday? This is what impact it had on the environment