I just came back from my yoga class. I have started going every week and am really feeling the benefit. While fundamentally preferring to be horizontal on the sofa, I have always made myself do a fair bit of exercise through my life.

Bit of background for you…I met the father of my two girls years ago on a squash court. Further courting pursuits were conducted through the medium of tennis (try to make a better pun out of that one).  He was a good player, so was I, so that was it. Shallow?  Probably.  I don’t know if you know this but playing tennis can be an expensive business in central London and frequency dwindled. He continued to run, but I hate running! I have always been too critical of people in shorts from behind to imagine tolerating that humiliation. I am not overweight and walk a fair bit, but – viewing my flesh as it starts to respond more readily to gravity – I decided to take up some yoga. My weekly class costs £7 a time, and I got my yoga mat from TK Maxx for £8. You do not need to spend loads of dosh on a yoga mat. A Sweaty Betty yoga mat, for example, is £55. Not sure why.

I don’t know if you know this but playing tennis can be an expensive business in central London so I jacked it in.

Yoga is strenuous enough to make you conscious of the physical benefit, and easy enough to encourage you to keep going. The teacher is working up systematically to harder things and bigger stretches – perfect.

Today she wanted us all upside down which is apparently especially good for you. So we all lined up on our mats and dutifully obeyed her instructions for readiness. Then she ordered ‘up’. Two people got their hips and bums in the air as told, legs at a right angle pointing to the wall. Then she ordered (slightly louder) ‘up, up’ following which several more people got themselves up to the desired pose. Here is a picture of the pose. After the third, louder still ‘up’ only me and one other woman had failed to make it. I think the teacher was a little bit irritated and came over to try to help. She said, ‘it’s not that you can’t, you just won’t.’ It’s a while since I was treated like a six year old and it was truly humbling, no bad thing.

I think the teacher was a little bit irritated and came over to try to help.  She said ‘it’s not that you can’t, you just won’t.’

Meanwhile on the other side of the room, some of the originals toppled noisily into a heap of arms, legs and hysterical laughter, crashing into the middle of the room! It was very funny, but it meant there was no way I could get up there now, nor could my mate! I forgot to point out this was a beginners’ class!

I have resolved to work at this before next Monday. After all, I clearly remember doing this when I was seven or eight years old. What could have changed? 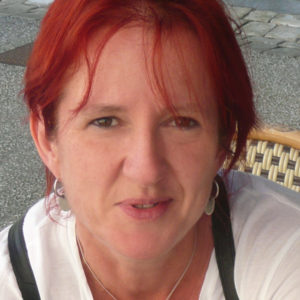 How to follow this season's look without looking crazy