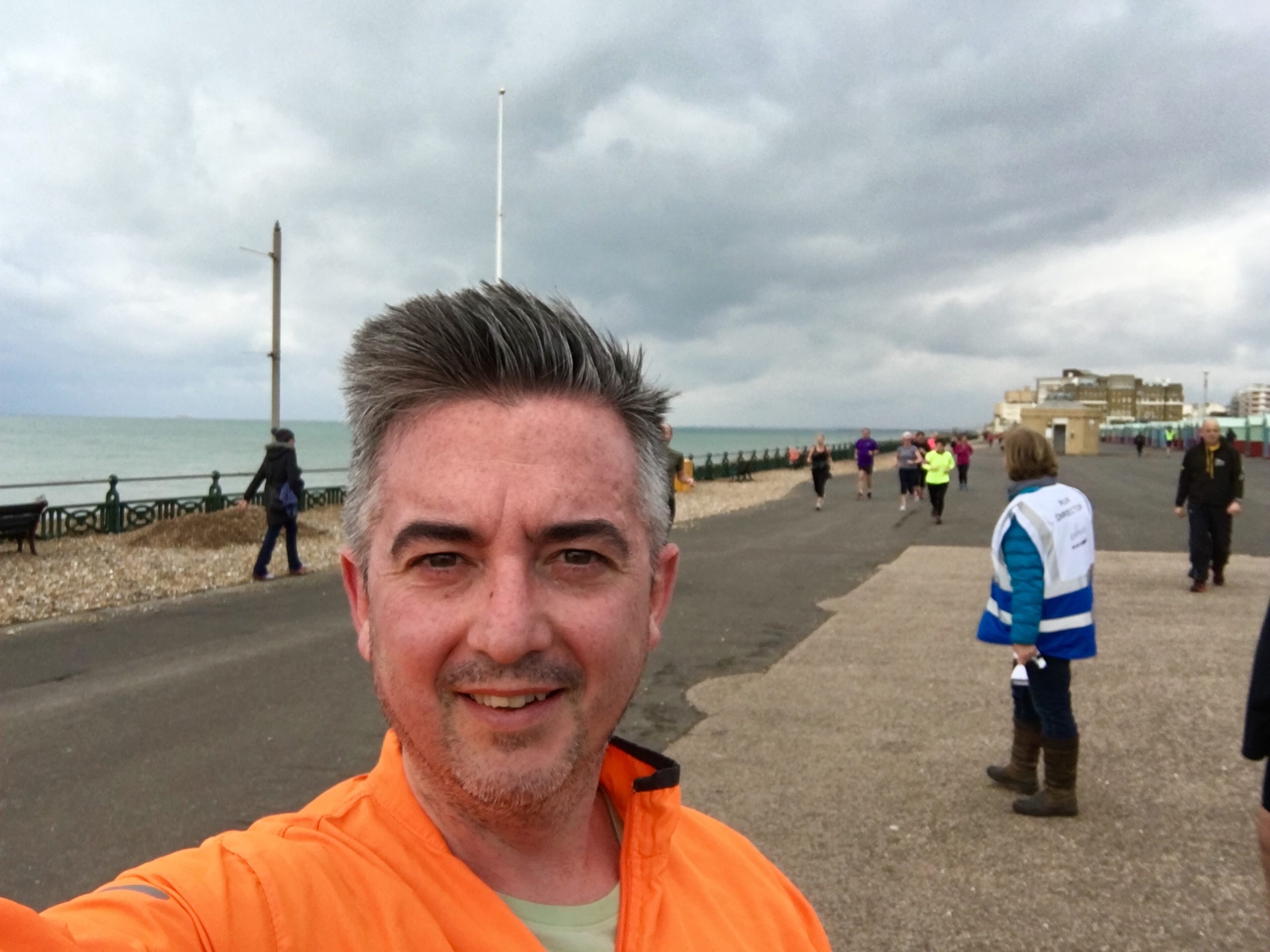 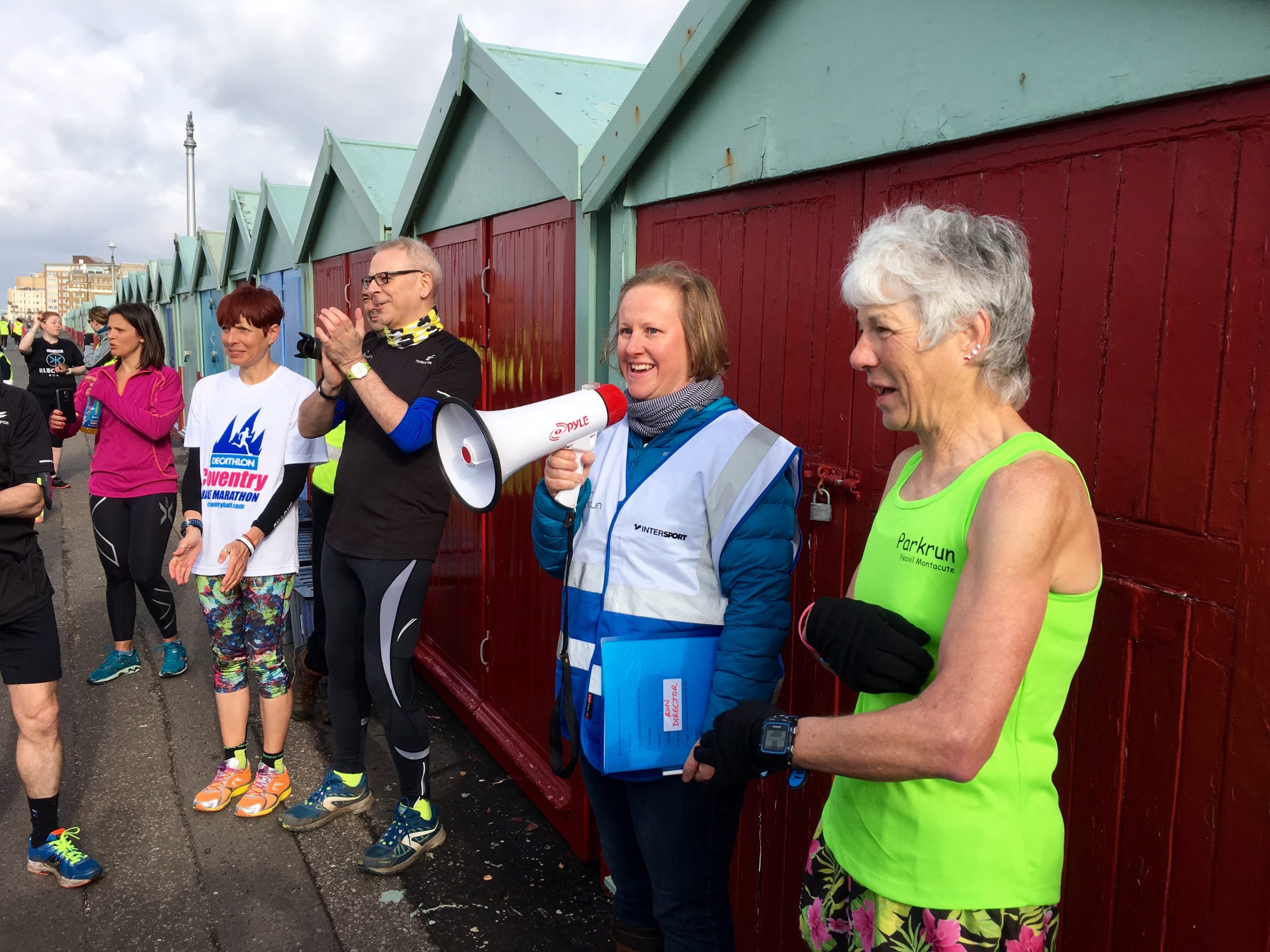 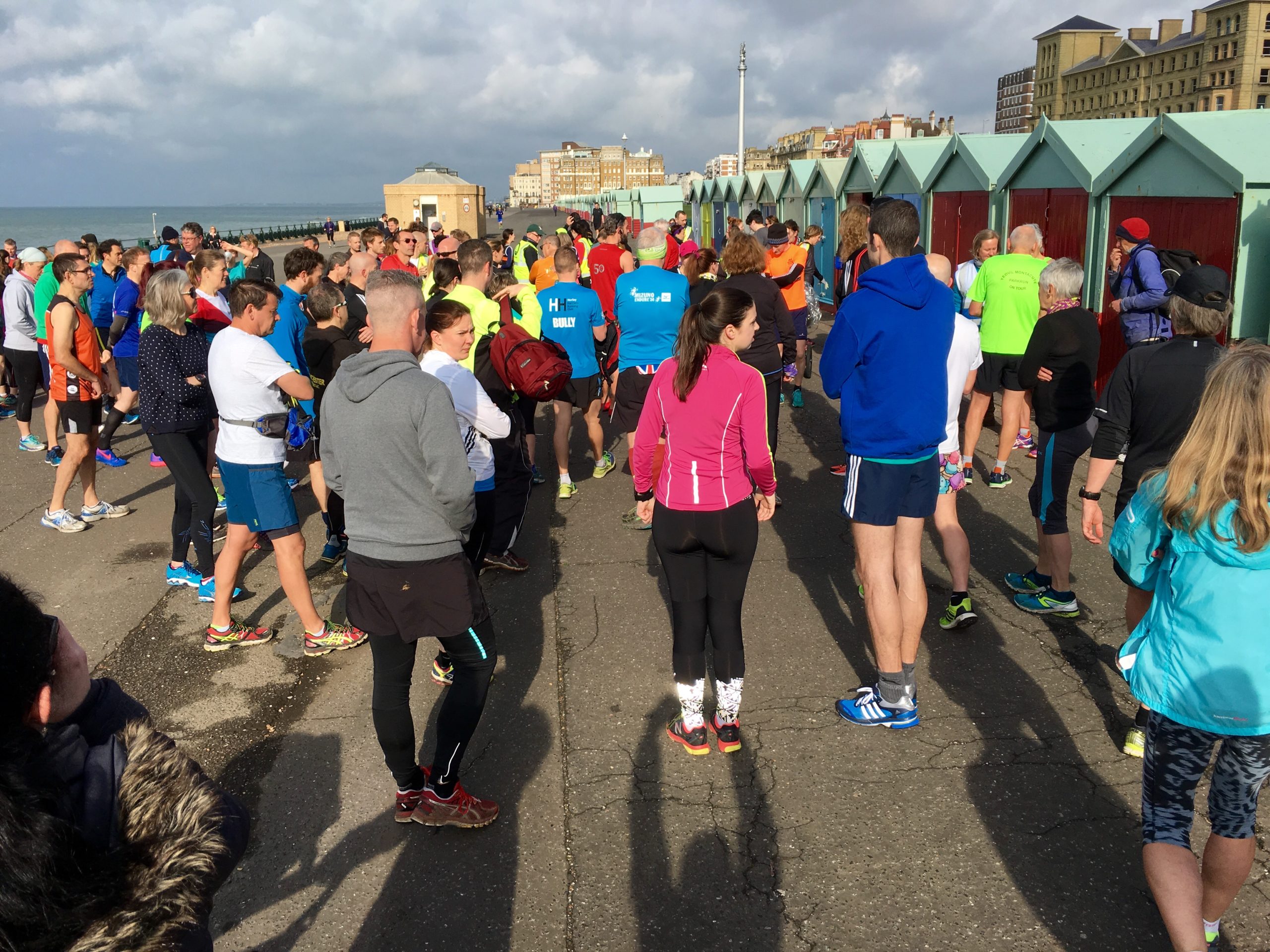 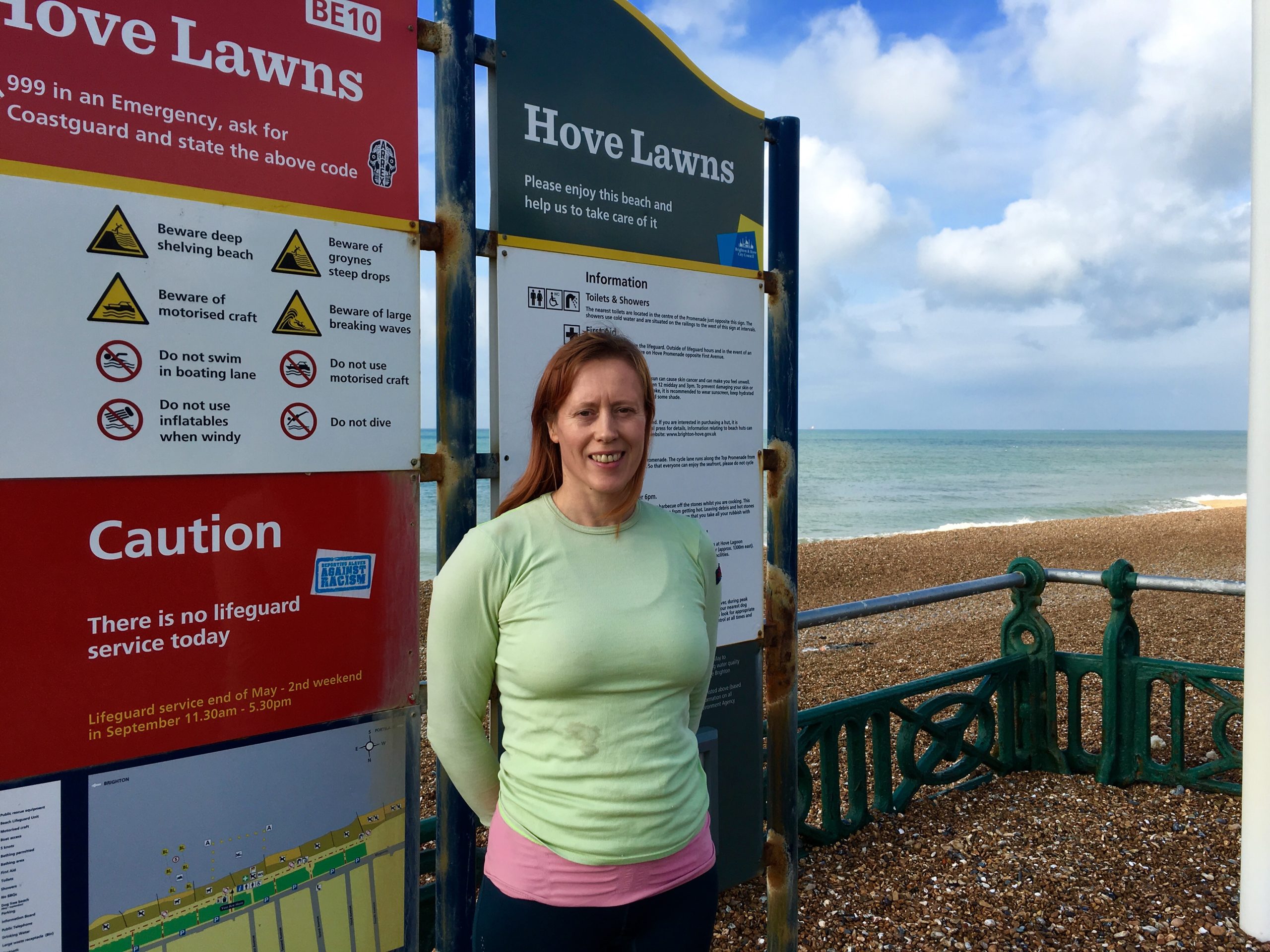 The 'after' pic - not a pretty sight

Helen gets ready to roll

People run for all sorts of reasons.

Many love the stupefying Zen brought on by the metronomic thud of feet and heart.

Others crave the solitude to think through their lives – to solve crises, dream up baby names, invent slogans, make plans and clear writer’s block. Malcolm Gladwell, author of The Tipping Point, runs four times a week and has said – “I very specifically use this time to work out writing problems”.

Then there are those who thrive on the impenetrable narcotic high that dissipates as slowly as the post-effort muscle soreness. These are often fearless athletes who would be just as happy base-jumping, bull-fighting or big wave surfing. Adrenaline junkies.

For me, it’s an attritional war and every run represents a battle won. Each time I lace up my trainers, I’m unleashing a volley of fire-tipped arrows on the dark forces of flab and general mental sloth. “Take that, dangerously high cholesterol!”, “Have one of these, low self-esteem!”

I don’t have to run far to think the battle is going my way but I do need to run regularly to feel like I’m winning the war. That’s why Parkrun is perfect.

You’ve probably heard of Parkrun. It’s a global movement of free, weekly, 5km timed runs. There’s bound to be one close to you – have a look.

They take place in three areas of my hometown, Brighton, every Saturday morning. One is Hove Promenade, where I kicked off my 2016 Parkrun campaign last weekend.

“Don’t we need numbers or a registration form or something?” We didn’t.

Rising at 7am (SEVEN AM – ON A SATURDAY!) with a faint buzz of excitement, I was already winning. “Take that, wasted weekends!”

My wife, Helen, fretted needlessly as we polished off a light breakfast and began stretching out the remnants of injuries from ancient battles: “Don’t we need numbers or a registration form or something?”

We didn’t. The beauty of Parkrun is that you register online just once in your life and you are assigned a barcode that you can print off as often as you like. This is all you need to take with you. It’s scanned at the end of each run along with your finishing token and, together, they provide a time recorded against your name.

I had already competed in three Parkruns – each around three years ago – and was still registered.

At 8.40am, we jogged the five minute trip from our flat, a pleasant tension steadily building. As we approached the colourful crowd of runners, I became aware of something familiar – the magical atmosphere of Parkrun. There were dozens of happy runners in all kinds of attire, chatting and stretching. Octogenarians in day-glo vests, hungover couples, a six year old in a batman jogging suit, three men – Yummy Daddies, I suppose – pushing prams. One was soon to make easy work of overtaking me around the half way mark.

A woman with a megaphone asked runners new to this particular course to gather round for a quick briefing. Around half of the 120 participants stepped in our marshal’s direction and a look of disbelieving joy crossed her face. So many new faces! At that exact moment, a similar expression was probably being worn by volunteers in parks and on seafronts up and down the country. According to the Parkrun website, 14,000 new people joined the half million Parkrun participants in the preceding week and organisers expect the 487 events on that Saturday to have swelled to 500 at some point in May.

So off we went in the fresh, spring sun with some of the jolliest people in Britain.

So off we went in the fresh, spring sun with some of the jolliest people in Britain and for 3.1 miles I was Harry Potter duelling with my inner Draco Malfoy. A little under 22 minutes later, it was all over and after a bit of breathless chatting with my fellow warriors I jogged home with Helen, knowing my inner good wizard would have the upper hand for at least a couple of days. If you do Parkrun, you won’t quite believe you get all this for free:

Free! But, of course, you are encouraged to help out every so often with important tasks like timing and scanning barcodes. By the way, ‘Free’ is £4.25 less than a single swim for members of the nearby King Alfred Leisure Centre, £7 less than a session at a local kick-boxing class and £42 less than a monthly membership at Fitness First.

The geniuses at the penny-pinching Stoke Gifford Parish Council have had the bright idea of charging people for participating in Parkrun.

I’m afraid I’m going to have to leave you on a slightly negative note because that glorious, inclusive, community-minded price – nowt! – is under threat in every village, town and city in Britain. The geniuses at the penny-pinching Stoke Gifford Parish Council have had the bright idea of charging people for participating in Parkrun, an event run for free in a place that was put there for recreational exercise.

At a time when obesity is reaching epidemic levels, the mind boggles at the regressive nature of this precedent. A public tennis court is used by a specific minority and needs maintained – so it’s fine to charge for something like that. But the paths in parks are used by many and, as such, are already maintained out of council tax.

As Helen said on that jog home, you could understand a council charging people who are using those public spaces to make money (some fitness classes do very well out of the space on Hove Promenade) – but Parkrun is organised purely for the public good.

The best way to put this mean-spirited threat back in its box is to ensure Parkrun events are well attended and well-supported. So, please remember: running is wonderful but Parkrunning is better.

Fascistic, messianic and genocidal – the extremists who hold the key to peace in the Holy Land