We’ve all been there – damp, mould, broken windows, idiotic landlords, no hot water, broken fridge, sporadic fire alarms, broken shower, broken loo, no money, and lots and lots of tears. Student homes can be a drain. Not just on your patience levels but also on your bank balance. I’m not just referring to the rental prices, but also the upkeep: the things that you shouldn’t have to pay to fix but you do.

My university experience began in a privately rented house as there were no spaces left in student halls. We were paying just over half of what our halls-living friends were paying! So, myself and five other fresh-faced 18-year-olds bounded into our bargain priced student house which was newly refurbished and needed little attention. Coming from cosy parental homes, experiences such the washing machine falling out of the cupboard every time it went on a spin cycle seemed like the worst thing in the world. We soon learnt that this was not the case.

The house we took in the second year is where it all started. Six became four and we found ourselves in another bargain property. No, really. This was in Cardiff – which is cheap anyway – but we paid £210 each a month. Madness. There is a reason it was so cheap, as we learned when we opened the door on moving day. The house stank. Mould literally everywhere. We had no hot running water. The boiler had an efficiency rating of G, was 24 years old and heated up the kitchen when we turned it on. The freezer didn’t close so we had to sticky tape the door shut. Springs protruded from the smelly, stained mattresses. Ripped carpets, broken beds, and wonky wardrobes. Half of the lights were dead and the cooker hobs and oven didn’t work. When my friend and I moved in, we cried. In the end, the amount of time and money that we spent fixing stuff, ringing up 0800 numbers to get things sorted. Calling landlords. Calling estate agents. Buying cleaning products. Dry-cleaning mouldy curtains. Not to mention the number of mould-destroyed belongings that we had to throw out. I can’t even total that up but it was a lot. But why? We were paying for a habitable building. Was this habitable? One of the bedrooms was deemed too small for a person to live in so, the following year, the landlords had to rent the property out as a three-bed, so I’m going to say an assertive no to that one. Shameful.

When my friend and I moved in, we cried.

Third year blessed us with another property gem. You may think it was our fault for picking badly but when we viewed the property months before, it seemed fine and the tenants said everything was great. They lied (and told us it was bad when we contacted them a few months later, as the problem got more and more out of hand).

I got the box room that was encased in mould which got into everything I owned. I constantly smelled like mould, my hair, my clothes, urg. My walls were black and smeared but the landlady consistently insisted that the mould was my fault and so was not willing at all to invest in a solution to fix it. I had to throw away clothes, shoes, and bags. My printer became water damaged, and my books went all wrinkly. There was also a fair amount of mould downstairs in the house and, after a LOT of nagging and pictures of said walls, the landlady sent round a mould expert. Once the expert had ascertained that there was indeed a problem, the landlady coughed up and paid for a tumble drier. This cost us a fair bit of money to run but it was worth it to have dry clothes.

When the fridge broke we used our bath as a cooling system for our food.

In the summer, our fridge broke. She bought us a replacement that was half the size of the old one by mistake because she ‘thought fridges were all the same size’. That got returned and we had to wait for another replacement. We went five days without a fridge or freezer so used our bath as a cooling system – filling it with ice cube bags which our landlady refused to contribute to because she insisted that the absence of the fridge was not her fault. There were many other stupid incidents including windows falling off, and sinks breaking but I won’t go on because I think you get the idea. Once again, we lost a lot of money to the mould, and a lot of time trying to reason with an unreasonable (and quite frankly idiotic) landlady. Amazingly, we got all of our deposit back, but not until she tried to charge us for the maintenance of broken fire alarms. A battle which she lost pretty quickly.

What I want to know is why rented housing doesn’t have to be surveyed?

What I want to know is why rented housing doesn’t have to be surveyed? When you sell a house it has to be surveyed and potential buyers are made aware of any problems, so why is this not the case with rented properties? If we had known what we were getting into then I’m sure that we, and many other student house hunters who encounter similar issues, would have paid more (to spend less) and looked harder for a more functional house.

For anybody in the same boat, check out government’s rules around what tenants should expect from private housing. 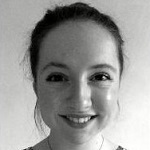 How to start a pension

The rise of tuition fees: when will it end?