It’s been splashed all over the media this week that home ownership has fallen to its lowest level in 30 years. Even scarier, it’s not just Londoners who are struggling, but people across other big cities including Manchester, and my home town Birmingham.

In fact, the proportion of people who own their own home has fallen across every part of the UK since its peak in the early 2000s. As someone struggling to get on the property ladder as it is, what does this mean for me and all the other renters?

I think it means I’m a little bit screwed. I’m at the age where literally everyone seems to be on the property ladder or trying to get on the property ladder. Whether it’s the first rung or the third rung, most people I know are chomping at the bit to get on and up the elusive ladder, while I am staring wistfully at it from a distance.

I don’t own my own property because right now I don’t have the £25k deposit I realistically need to fund my own property. I earn a decent wage, however the bulk of this goes on rent and bills which means it’s very hard to put chunks of money away to a deposit.

I don’t know a single person who has bought their first home without the Bank of Mum and Dad…not one.

I’m sure many other renters are in the same boat. People are very fond of telling me that renting is dead money, and that surely a mortgage must be cheaper?

Well, yes, actually it would be. But for some unknown reason people point this out to me quite regularly, at which point I want to shake them by the shoulders and say ‘I KNOW.’

What’s perhaps most interesting, is that I don’t know a single person who has done this without the bank of mum and dad. Not one. Everyone I know (and I know a lot of people) who has bought a property has had a hefty handout to cover the bulk of their deposit.

Why do first time buyers in the UK get so little support?

I don’t know anyone who has saved up their deposit themselves, except the odd person who has braved moving home for two years to get the money. It’s worrying that grown ups, adults, are being bulldozed into relying on their parents, when our generation has grown up being told we can do anything. Except get on the property ladder, that is.

I wonder why first time buyers get so little support? In Australia, first timers are given a grant of up to £5,000. And in various US states, the government uses tax credits to make mortgages more affordable.

But here, we’re not so lucky. Yes, there are various schemes like Shared Ownership and Help-to-buy ISAs, but it’s not the same as cold hard cash.

The media is placing the bulk of the blame on a lack of new, affordable housing. But it’s very little to do with that, and much more to do with a deposit.

I can find somewhere nice to live. I can get a mortgage. However, I cannot pull £25,000 out my arse. I guess I’ll continue to save and accept it will take me significantly longer to buy a property than it would have done a decade ago. 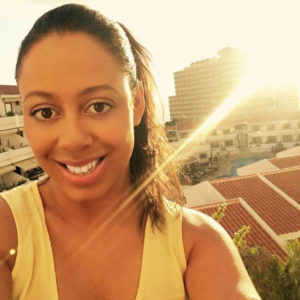 Anne's day at the races