I am developing a Partridge-esque friendship with the attendant of a petrol station I frequent.  Here is a recent conversation.

‘Don’t you want a drink?  For another eight pence, you could have a drink on the meal deal.’

‘I’ve got a bottle of water in the car, thanks.’

‘But for another eight pence, you could get another one!’

‘Oh, that’s right, Buxton is a Nestle product.  You don’t like Nestle, do you?’

‘No, it tastes like the tears of African children.’

‘Wow.  You know, you’re buying these things in a Shell garage.  You’re not exactly giving your money to a worthy cause, are you?’

Needless to say, he had the last laugh.  Trying to keep track of the companies who take your money on a regular basis is a sure-fire route to madness.  You think you’ve got the hang of it, and you’ve cut all the pernicious companies out of your regular purchases, and then you see a viral video showing the chief executive of the Co-operative Bank punching a dolphin.  (Not true, but you get the idea).

I don’t want to live on an allotment, with a solar panel strapped to my head, speaking my own secret language.

I think my children would be even more embarrassed than they already are.  But I don’t want my pennies to go towards child slavery, or propping up dictatorships, or terrorism, or any of the legion of horrendous things that are going on in this over-connected, globalised world of ours.  I know my pennies are a drop in the ocean, and only have a miniscule impact, but it’s that sort of thinking that has landed our species in the various predicaments it now faces.

Here’s a link to a short list of pretty big companies that are likely to do something nice with your money (like pay their employees a living wage), rather than something nasty (like buy a machine gun, or spend it on lobbying politicians to block environmental legislation). 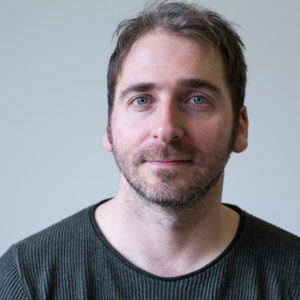