At the rate that Hollywood pumps out films, there are an abundance of lessons we can take from the world of cinema. Grab your tub of popcorn and chomp away as I run through some financial tips from the flicks.

If you say film and finance, the first movie that comes to mind for most will be Wall Street – it wouldn’t be right to exclude this Oliver Stone directed classic from the list. Charlie Sheen’s character Bud Fox gets a taste for lavish living and spends cash that he doesn’t have in order to keep up his lifestyle. The lesson here is to live within your means. Stick to your budget. Don’t fall into the trap of wanting more than you can actually afford, which may lead you to potentially turning to illegal or morally wrong activities in order to ‘keep up with the Joneses’. You might want the moon, but you can’t always fly to it.

From a film you’d expect to see on this list, to one you perhaps wouldn’t have thought of. The Devil Wears Prada sees main character Andy (played by Anne Hathaway) take a job as an assistant to a well-known fashion magazine editor. Long hours and ridiculous tasks make the comedy-drama extremely watchable, though it’s sad to see the personal life of our leading lady being sacrificed in order to impress her boss. The take home from here is that it’s fine to have ambition but be careful not to damage your relationships for the sake of your job, a wage or to get to where you want to be.

Don’t fall into the trap of wanting more than you can actually afford.

The Money Pit, staring Tom Hanks, is a lesson in buying your dream at a cheap price. The romantic comedy sees a couple rush into buying their ideal home at a cut rate but, as soon as they do, the place starts falling about around them so they have to spend more money in order to repair and restore it. The lesson here is to ask yourself why something is cheap in the first place. If it’s a house you’re purchasing then do your research and consider having a survey done on the property before you buy. The lesson works on other things in life too, including cars. Know how much you can afford, understand that there are other costs associated with purchases, including maintenance. Don’t rush into something and hand over your cash just because you like it.

The Pursuit Of Happyness staring father and son Will and Jaden Smith shows us that even if you hit the bottom of the valley, there is always a way out. This extraordinary story, based on a real events, shows that if you persevere then you’ll get to where you want to be. Chris Gardner (played by the Fresh Prince star) uses what assets he has left to survive, going from being homeless and sleeping in a railway toilet, to eventually building a multi-million dollar company.

So many of us find ourselves in a rut and, if it’s a financial one, you need to find a way out instead of doing the same thing again, and again.

The second Tom Hanks film to make the list is Catch Me If You Can, which is based on a true story. Frank Abagnale Jr (played by Leonardo DiCaprio) is a conman, forging cheques and impersonating other people in order to steal millions of dollars, while police officer Carl Hanratty (Hanks) is hot on his tail. The fact that this film is based on real life events highlights further the threat of identity theft. While we may not use cheques quite as much as we did back in the 60s, be careful and aware of the information you put on social media and look after your contactless bank cards. The real Frank Abagnale Jr actually ended up working for the FBI in catching cheque forgers – if you’re good at something, why not do it for a living?

While there are financial lessons from loads of other blockbusters including Moneyball – crunch those numbers, Up – have an emergency fund and The Social Network – protect your business ideas, the final film I want to look at is Groundhog Day (along with all the other films that have copied the plot idea over the years). Bill Murray’s weatherman character finds himself reliving the same day over, and over, and over again. So many of us find ourselves in a rut and, if it’s a financial one, you need to find a way out instead of doing the same thing again, and again which clearly doesn’t work. Break the cycle and improve your life.

Hopefully Hollywood has shown you that even at the cinema (take your own snacks and use 2 for 1 tickets!) you can start to find financial freedom. Enjoy the film and don’t forget to stay for the post-credits scenes! 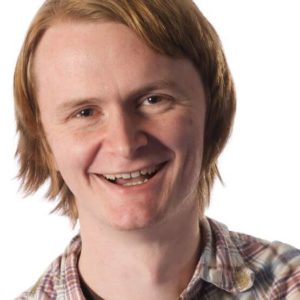 ‘For richer and for poorer’. Are you financially compatible?

Why didn’t The Red Turtle make it big at the box office?