Is there a way to accurately count the true cost of a disability? I’ve often wondered whether ‘I coulda been a contender,’ had I not been born half deaf.

It is a phrase I’ve always joked about when I think about how my hearing loss might have affected my career and future earnings. Did being half deaf, combined with a stubborn refusal to wear hearing aids in school, have an adverse affect on my education and, in later years, career trajectory? How much has it truly held me back?

Perhaps I could be PM by now, had I sat at the front of the class rather than at the back.

OK, so I’m not doing badly, I’m 32 and have a great job where I get to write most days so, by all accounts, I should be very pleased with myself. But still…there’s that niggle. Perhaps I could be PM by now, had I sat at the front of the class rather than at the back, pretending I could hear. Perhaps I could have been on Friday night TV, had I pursued drama training and not worried so much about the vacuum of acoustics on a stage. Perhaps, I would have got that dream tech job years ago at Amazon, had I told my interviewer I wasn’t rude or ignoring her – I simply couldn’t hear her properly. It is of course, impossible to quantify the true cost of a disability, and also whether – given the choice of being half deaf or having full hearing – I would have chosen the latter anyway. Sometimes, having a hearing loss has marked me out from the crowd, and, on occasion, impressed or interested prospective employers. As I’ve grown older, I’ve become better at explaining my hearing loss too. It’s also incredibly difficult to imagine your life a different way, but there are some areas of my past that I do think I would have approached in another way if I had my time again.

In the eighties and early nineties, deaf and hard of hearing students might have been offered a loop system for their classroom. This meant you, the student, would wear a box around your neck. It measured approximately 10 centimetres by 40 centimetres and was an attractive bus stop brown colour. This would somehow magically connect to your hearing aids (you’d switch those to a certain setting) and thus your ears. The teacher would wear one of these boxes too, which effectively worked like a mic on their end straight into my ‘earpieces’ on the other. I got it on the NHS and didn’t pay a thing. The true cost? Get out your mini violin, ladies and gents. The true cost was that I never really recovered after my teacher forgot to turn the loop off when she went to the toilet. I heard everything – clear as a bell. Years later, there’s a comedian (I forget who) who said they’d taught a deaf student once and done the same thing! What a time to be alive.

I would have got that dream tech job years ago at Amazon, had I told my interviewer I wasn’t rude or ignoring her – I simply couldn’t hear her.

There was of course the reality that having a hearing loss at school in the eighties meant you were constantly embarrassed by well-meaning but ignorant teachers and bullied by students who called you a ‘deafo’ or a ‘dumbo’. At some point, I stopped sitting myself on the front row (the only place I could hear the teacher, even with a loop). Instead I’d slink off to the back row, hear fuck all, and read up on the subject from the textbook later. I didn’t do badly in my GCSEs, but that is largely down to the fact I spent most of my early life in a book. Happy to say – children I know going through school with hearing loss now are taught by teachers who are properly trained in how to communicate with a child with a hearing loss.

By and large my employers and bosses have been extremely accommodating and understanding of my hearing loss. However, this has been a hard won battle of confidence. In one of my first jobs, working behind Hull university’s union bar, I was brought into the manager’s office after a disastrous few shifts. ‘I’ve been hearing reports that you’re not really…on the job?’ he said, a pained look across his face as he swivelled about on his chair. I quickly realised I’d have to reveal my whole deck if I was to keep the job, which I desperately needed. I told him I was half deaf, and that, while I lip read extremely well, I struggled to hear sometimes. He was immediately understanding, the swivelling stopped, his face dropping with apology.

The great shame of called a ‘deafo’ at school held and stuck fast like road grit.

Once I left university, that pattern continued. I’m sorry to say that it took about six years for me to start ‘fessing up. Why? I can’t exactly pinpoint why I’ve resisted speaking about it for so long. I felt I would be misunderstood if I did, or seen as a weak candidate. Perhaps too, the great shame of called a ‘deafo’ at school held and stuck fast like road grit. I can still feel it now, clinging to the undersides of a larger umbrella known widely as ‘impostor syndrome.’ In the past few years however, I’ve taken steps to address this, and, as one of my mentors was good to point out – I owe it to younger colleagues to speak about it openly. Just two months ago I delivered a speech to colleagues that detailed how I like to be addressed or communicated with (for example, if you’re trying to get my attention, a tap on the shoulder is sometimes helpful but calling my name across the room will get you nowhere.) I asked my brother, who is quite a bit deafer than me and fluent in sign, whether he’d ever experienced any problems at his teaching job due to his loss. He’s fine. “I have been lucky enough to work in several supportive environments. Not once has a kid made a negative comment to me and the only times I’ve had to address it is if a student mumbles or makes a point quietly. I just ask them to repeat for me and that’s all good.”

Let me be frank with you, having a disability can at times, hold you back.

My advice now after so many stops, starts, disastrous interviews and painful silences? Speak up about your disability and tell people. Own it. Make it your own and help others help you. Don’t be held back even if inside you feel rubbish.

You’d never be able to tell I wear two hearing aids. You might on occasion, wonder whether I am listening, or why I am the only one in the room not laughing when a punchline is delivered. I used to pretend I’d heard jokes delivered in a group – but I don’t really do that anymore. I’ve perfected a wry smile instead, perhaps one day I’ll be brave enough not to bother even with that. Social norms, eh? I also try to tell people almost immediately upon meeting them that I have a hearing loss and I try to engineer situations where I am not in a loud group environment. For example, a drinks do with a loud DJ, or a client meeting in a large, echoey room with a CEO who whispers. All of those things are my kryptonite. I sometimes get irritated and tired easily from all the listening – I work so hard at listening. But here’s the thing, not once has someone responded badly to me asking them to speak up. Rather than break communications, it has broken the ice. And, by and large, people haven’t responded with that decade-old joke. You know the one.

Honestly, if that doesn’t have a deaf person in stitches the millionth time they’ve heard it, just say it again. It will eventually make them laugh. Not.

Let me be frank with you, having a disability can at times, hold you back, particularly if it takes you ages to admit it to people. There are also careers to which you might not be well matched. I wouldn’t, for example, be very good at being a translator. But it also gives you a great many skills that will put you ahead too. I heard a great question recently that potential investors tend to ask start ups: ‘What’s your unfair advantage?’ It’s a way of asking these fledgling companies what makes them stand out above the competition. I have an unfair advantage too. Being deaf has meant I don’t just rely on the words someone is saying in communication, I read body language and the briefest of facial clues. And nine times out of ten, I know exactly what someone is saying – even if I can’t hear them. 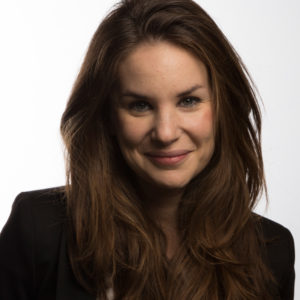 Is ethical renting the way forward?

Money Web Issue #14: your weekly round up of the best of British blogging