It’s so exciting getting your own wheels but before you can take to the road, you must have motor insurance, and that can prove to be a major financial headache.

Motor insurance costs are rising. In fact they’ve climbed by a fifth in the past year to leave the average yearly premium at £715, according to the Confused car insurance price index.

If you’re an inexperienced driver, car insurers will want to charge you even more.

Shockingly, the average 17-year-old is being asked to stump up more than £2,000 a year just to insure their car. That may be even more than their first vehicle is worth!

There are many reasons why insurance is much higher for younger drivers. The main one is that inexperienced drivers represent a bigger risk. In short they are statistically more likely to get into an accident.

First-time drivers are being asked to stump up more than £2,000 a year!

But there are many reasons to reject the outrageous quote that a car insurer may give you.

If you’re not a boy or girl racer you can quickly prove you’re a responsible motorist and help drive down the cost of cover.

For starters get a black box installed. It records your driving habits to quickly show how good a driver you are. Forget worries about Big Brother knowing your every move, the box simply analyses such things as speed, cornering, braking, acceleration and the time of day the car is driven.

Installing a black box could really drive down the cost of your insurance.

The big news is that it can soon mean big savings with some insurers offering discounts after a month if you prove to be a decent driver. One insurer reckons the boxes can cut the cost of cover for young drivers by £500.

There’s also a side benefit: black box drivers are 20% less likely to have a crash than those with standard insurance, probably because they’re more conscious about driving safely.

There are also lots of other ways to – legally – cut the cost of cover. Don’t be tempted to lie on an application form as if you are found out, it will invalidate your insurance and could even lead to prosecution. That’s particularly the case if you pretend a parent or other older person is the main driver to get a cheaper deal based on their driving record.

That’s called ‘fronting’ and insurers are constantly looking out for those rascals so why try it?

Instead ask about discounts available to you. For instance, there are several discounts relating to security, so if you have an alarm or immobiliser fitted to your car, or if it is kept in a garage, you could qualify for a cheaper rate.

If you haven’t already got a car, it’s worth thinking about insurance when you buy one. A less powerful motor will mean cheaper cover.

Also, don’t presume that third-party cover will be cheaper. The Association of British Insurers says it’s often is more expensive than comprehensive. So when shopping around, ask about both.

Don’t just accept a renewal deal from your insurer.

To find the best deal – and make sure it has the cover you want and is not just the cheapest – check price comparison sites and major insurers.

And then next year, don’t just accept a renewal deal from your insurer. It’ll almost certainly be better to switch to save. And with a year’s successful driving under your seat-belt, you should be able to negotiate an even better deal. 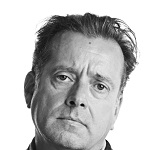 Simon is a money writer and broadcaster. Former personal finance editor at The Independent, he also helped families make better financial decisions on the BBC1's Right On The Money.