There was a time when my blog Mrs Mummypenny was not generating enough cash. Way back in my first year of running it as a full-time job I made very little money.

A good thing perhaps to not focus heavily on monetising the blog, it was more about creating lots of brilliant content – but I also needed to pay the bills.

I don’t blog for a hobby; the income is very much needed to, you know, pay the mortgage and put food on the table. And I can’t earn a few hundred pounds, it needs to be way more than that each month.

I discovered matched betting as a way to generate extra cash at a time when I really needed money. I did my research and read all about it from others who had done it. I joined Facebook groups to learn strategies and methods.

It seemed so easy: a risk free, tax free way to make easy money. I spent a couple of months doing it and despite the odd mistake that did cost me money I made a profit of around £2,000. Matched betting is mostly based around football and horse racing, but there are also casino offers that could make you some money.

What got me hooked

It was the casino offers that got me. The flashing graphics, the exciting games and the buzz of a win or the hope of a win. I can still think of the excitement of getting a bonus spin and the potential of the money you could win.

I am going to be cynical and say that these sites hook you in with an initial win. Of course, they are meant to be based on luck and unbiased, but really? These sites are a highly profitable commercial model – they count on people coming back time and time again after getting their initial free bet and the buzz of a win.

I remember signing up to one casino site. It was a risk-free offer – set up an account to get a free £10 bet. I remember winning £300 on a slot machine game very quickly. Wow this was the easiest £300 I had ever gotten, and that was it I was hooked.

Once you win money you have to adhere to rules and roll over the winnings a few times before you can withdraw it from your account. This just prolongs the time playing the game, hooking you in further and further. I followed the roll over rules and was able to transfer a nice chunk of winnings.

I worked my way through the risk-free offers for the casino sites and could feel myself being dragged into the world of online casino gambling further and further.

I discovered one site called Casumo that was ever so clever at hooking me in. There were regular bonus offers, free spins, competitions, games that were fun. And I started to deposit my own money and play the games.

Online comparison made it worse

To make things worse, I am part of an online community with many people who write about matched betting and there would be the occasional slot machine win from a group member splashed across social media. These added to the addiction and the hope that if it could happen to them it could happen to me as well.

I did my best to keep track of the losses and wins. Of course there were more losses than wins and I found myself chasing the wins. I would wait until everyone in the house had gone to bed to play the games so nobody could see what I was doing. I was depositing £30 each day which went up to £50 as time progressed. It was embarrassing, it was my dirty secret that I didn’t want anyone to know about.

It was an addiction that when combined with my seasonal affective disorder had the potential of becoming very expensive. I was playing the Casumo slots in Nov/Dec 2016 and again in Nov/Dec 2017.

I didn’t gamble the house away but it certainly cost me a few hundred pounds maybe £1,000 in total.

It had to end

December 2017 was when it had to end. I admitted to a friend what I had been doing and she said very plainly and simply it had to stop. I had one final biggish win of around £300. And felt I had made back enough which wasn’t going to repeated and I stopped it.

These companies are clever in how they reach you. I was bombarded with adverts for the Casumo on social media, in newspapers and even on TV. Eventually I was able to block or tune out to the adverts and stopped my addiction.

I have an addictive personality and should have known that matched betting could lead to this. Hence my advice to anyone trying matched betting, thinking about it. Do not go near it, if you have this type of personality, if you feel like you must chase your losses. I managed to stop my addiction after losses of hundreds rather than thousands, but I can easily see how it could have been much worse.

If you can control your behaviour and ONLY benefit from the risk-free money from these firms then  go for it but to be honest with you, I wouldn’t. I will never be going near matched betting again. 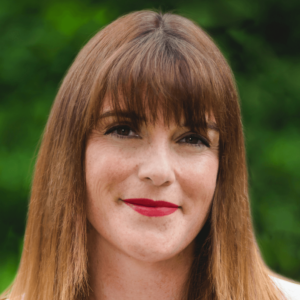 Why loyalty counts for nothing in insurance and banking