It is as ludicrous as it sounds but the fact that someone somewhere had written it’s what the health professionals recommended obese patients, we thought we’d give it a go.

Neither of us was obese nor under doctor’s orders but back then, when strong wasn’t the new sexy, my perpetual yo-yo dieting – ergo my unhealthy obsession with obtaining the unobtainable – was only just beginning.

Fast forward 10 years and Kate Moss was quoted in a fashion magazine saying the now infamous words “Nothing tastes as good as skinny feels” and I remember thinking that, in order to be a waif-like Goddess, I was going to have to survive on mere lettuce leaves with a side of thin air for the rest of my life.

Ten years of diets. Ten years of cabbage soup, Atkins, South Beach, Keto, Blood type. Even The Caveman Diet which is gross when I think about it; I’m a vegetarian now. Not a diet.
And this is the thing.

I will never be waif-like, my body is just not built that way and it’s taken me a really long time to realise that’s ok. While I don’t have much weight to lose, after housing 3 humans, birthing them, nourishing them with my own body. Well, life (and weight) has taken its toll and I simply can not rotate the same two pairs of jeans any longer.

I will never be waif-like, my body is just not built that way and it’s taken me a really long time to realise that’s ok.

So I did what I do best: research the F out of dieting in the hopes that I find my miracle.
Weight is subjective though, isn’t it? You might look at me and think ‘she’s not that big’ but I’m not my normal. I’m uncomfortable and unhappy because nothing is working. I say nothing, but for the last couple of years, I haven’t done a whole lot of anything.

I’d fallen into a trap of the awful juxtaposition of not caring yet caring SO MUCH. There’s that yo-yo again. In my dieting quest, I came across a book called Dieting Makes You Fat, written by Geoffrey Cannon and Hetty Einzig.

“Dieting,” say Cannon and Einzig, “creates the conditions it is meant to cure.” Hmm, this is food for thought. If you’ll pardon the pun. Dieting does something to our metabolism, putting us into starvation mode and making us really good at staying fat.

Sure, we might lose some of the weight but as soon as we climb off the bandwagon it piles back on again and then some. Yo-yo.

Confusing hunger with thirst is really common, we should drink about 1.2 litres of water every single day.

And you’ll forgive me for teaching my grandmother to suck eggs, because we all know about metabolism and understand that the so-called fat gene is a myth, don’t we? But putting all we know into practice is another matter entirely.

So I’ll come right out and state the bleedin’ obvious: don’t go on a diet, change your lifestyle. Here’s how you do that (and it will save you money too):

Use a smaller plate
It’s an oldie but a goodie. Filling a smaller plate will trick your mind into thinking you’ve eaten a normal sized portion. And for the love of God stay away from those wretched all you can eat buffets!

Cut out the alcohol
We need to talk about Merry Monday, Tipple Tuesday and Wine Wednesday. Alcohol stops your body burning fat, it’s high in calories, it contributes to poor choices (booze-fuelled kebab, cheesy chips, an entire bar of fruit and nut). You’re going to have to cut it out. Soz.

Write a list
Don’t be a rookie and saunter into the supermarket without a list. Those shelves and attractive end aisles are designed to encourage and stimulate supermarket shopping serendipity. It’s the reason you pop in for a pint of milk and leave £100.00 worse off. Great for the supermarkets. You? Not so much. Plan, plan then plan some more BEFORE you go food shopping. Meal planning and sticking to a list has been proven to save money. If you really can’t resist the supermarket offers, order your shopping online and have it delivered.

Read food labels
Can you imagine how horrified I was to learn how many calories in Coffee Compliment? I am the mother of three, I work freelance, I barely sleep. Coffee is my crutch but I was unwittingly adding around 50 extra calories to every single cup. Knowing how many calories are in seemingly innocuous food and drink is so important.

Don’t deprive yourself
This one comes with a caveat. Obviously, you can’t go through life with no restrictions but bear in mind cutting out entire food groups will only end in misery and an overbearing feeling of deprivation – which leads to overindulgence. Everything in moderation, including moderation, is key.

Drink plenty of water
Confusing hunger with thirst is really common, we should drink about 1.2 litres of water every single day. Begin each meal with a large glass of water and it should help with overconsumption of calories.

Don’t skip breakfast
Breakfast like a king, lunch like a queen and dinner like a pauper is a good mindset to have. Eating a large breakfast will help curb that pesky snacking habit too. Eat less, move more I can’t believe it’s taken me so many years to really get to grips with this. As much as I talk about all the ways I’ve tried (and failed) to lose weight, I simply can not argue with science. Consistently eating less and moving more is the only sure fire way to losing weight and it really is as simple as that. 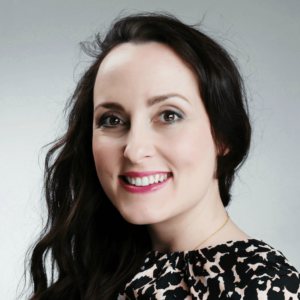 Car Insurance: Ways to Save